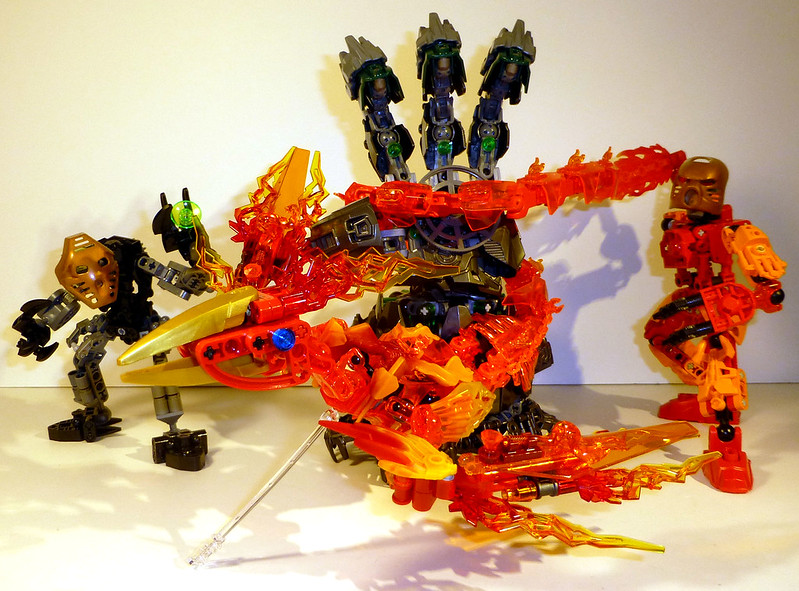 Honestly, I was not aware of the Bio-Cup competition, but then again I'm not exactly in the Bionicle MOCing community on Flickr. Honestly don't know if this model stands a chance. I'm really pleased with my Onua and Tahu models, and the stone hand turned out nicely. But the fire phoenix was kinda thrown together... and it features prominently in the entry pict, so... Anyway, I hope the image conveys more of a scene with some motion than you'd normally get. But I've seen some of the other really awesome entries and I'm not too sure I'll "progress" to the next level. But, eh, I entered. 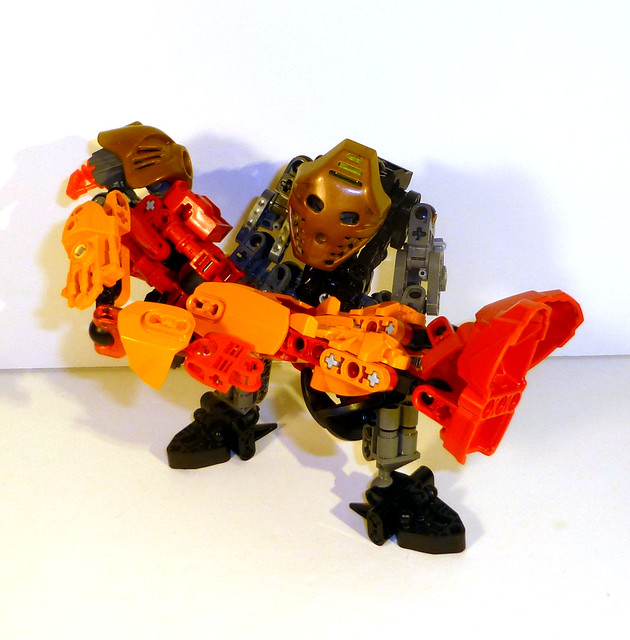 "Tahu, you should really seek out..." "The Mask of Levitation, I know."