SOMEWHAT LATE TO THE PARTY BUT HEY HERE GOES 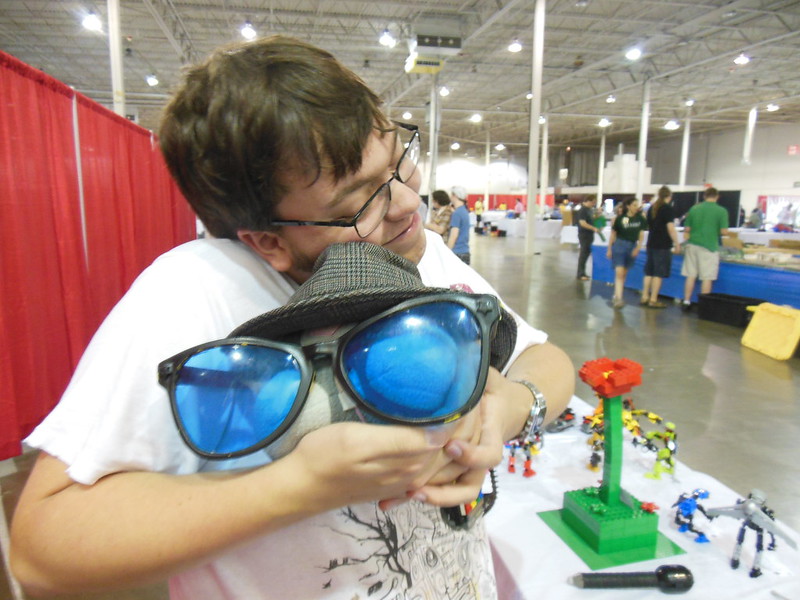 Xaeraz hugs the "Sumikube" - the official BrickFair 2012 mascot. Consisting of a Companion Cube Plushie with a hat and huge sunglasses, it was a big hit at the tables, especially during the public hours. 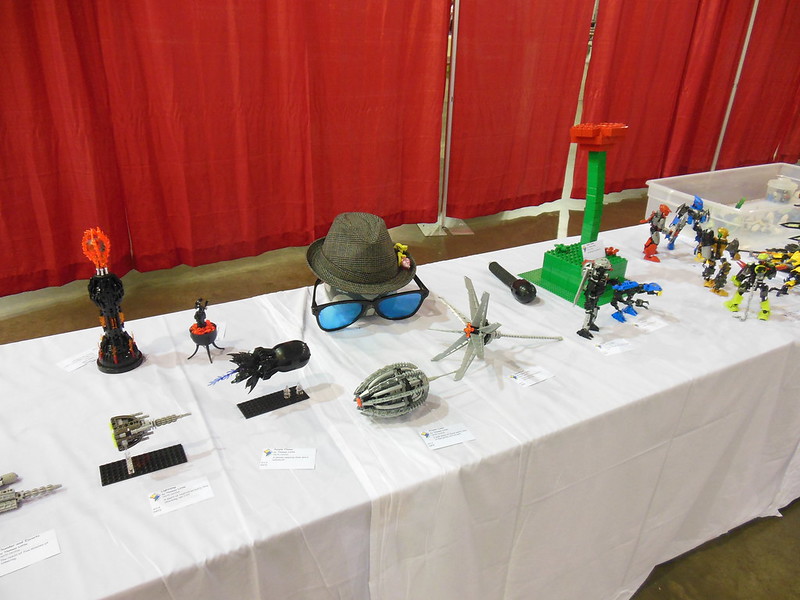 The Sumikube sits amongst my MOCs. 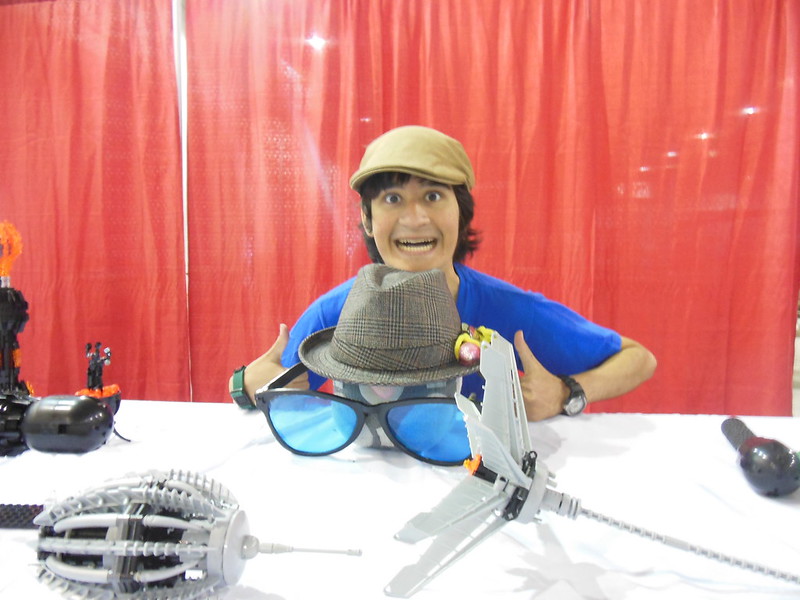 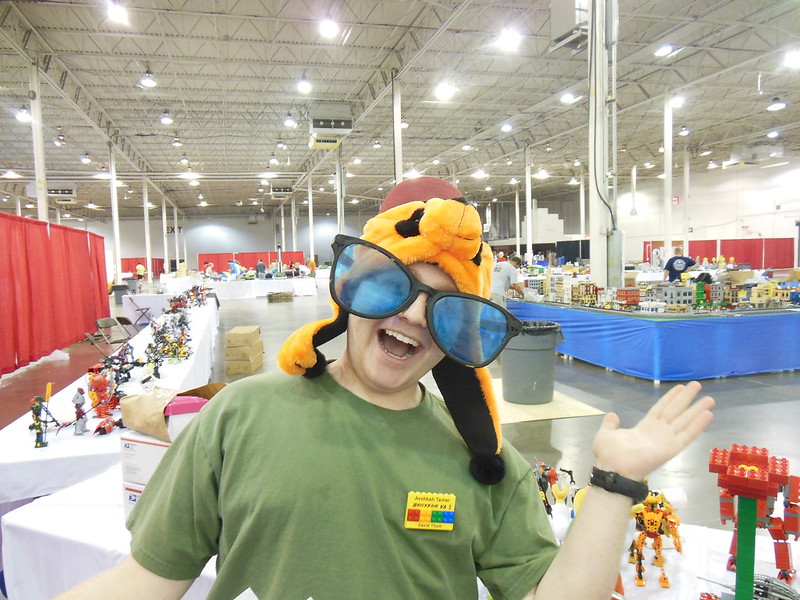 When Avohkah Tamer showed up, I just had to stick my panda/fez/shades combo on him. I have pictures of others doing this, but AT's was probably the best. 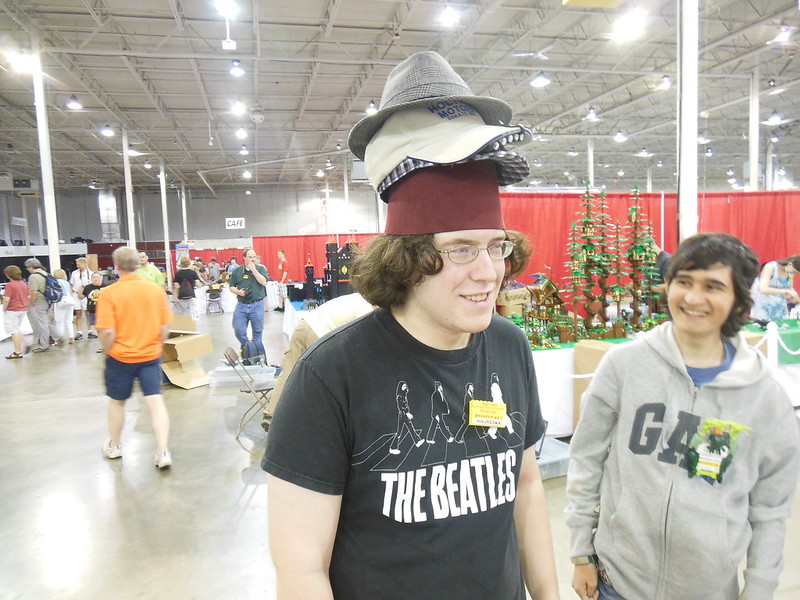 On the second day, we ran into -Windrider- as we were perusing the other tables. So what did we do? 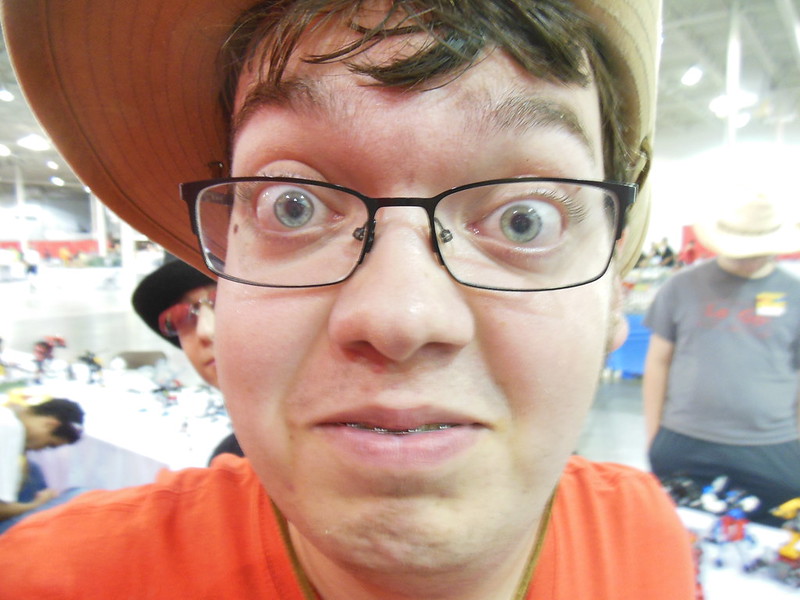 Xaeraz sticks his head into the camera. This is one of the most disturbing images ever. 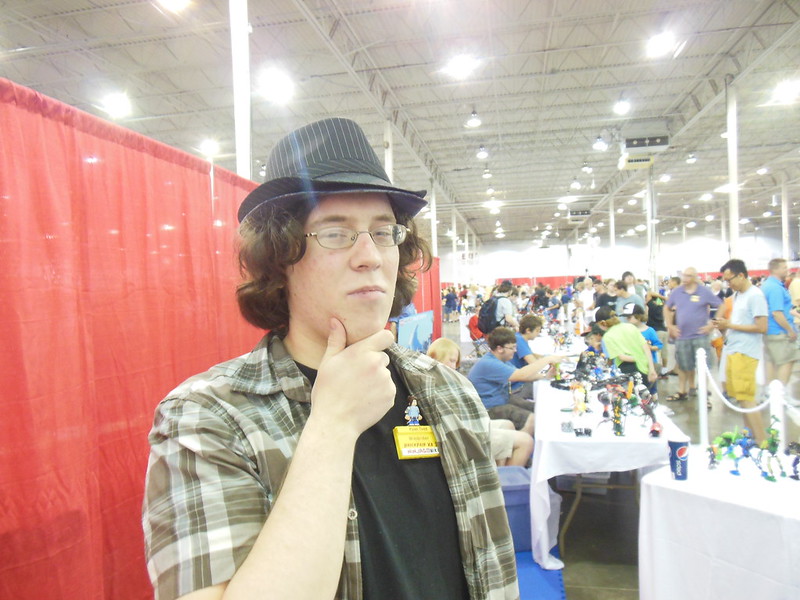 Windeh is sexeh with two hats 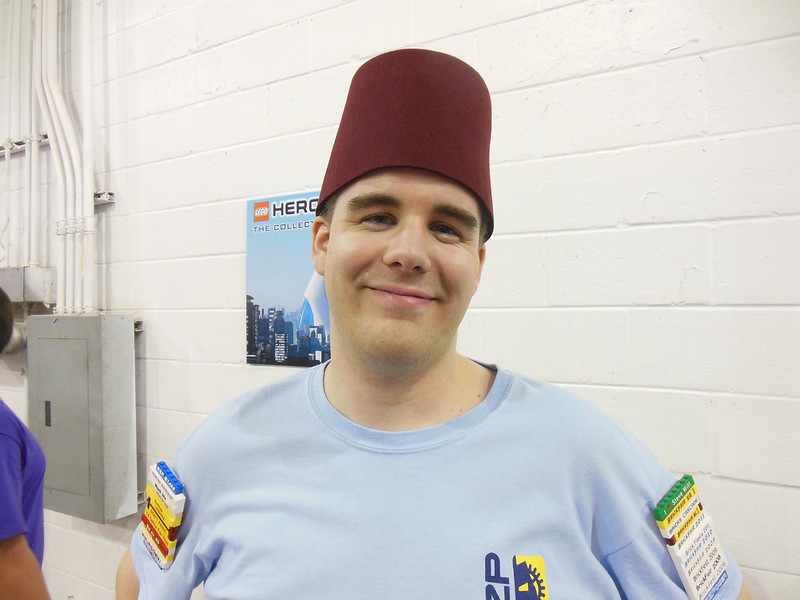 On the third day, Black Six grabbed my fez and donned it, rightly proclaiming that they are cool. 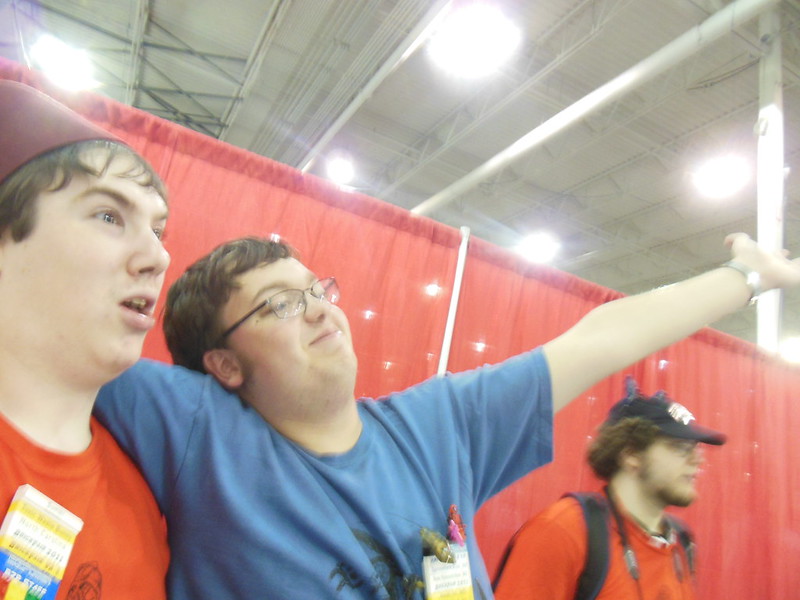 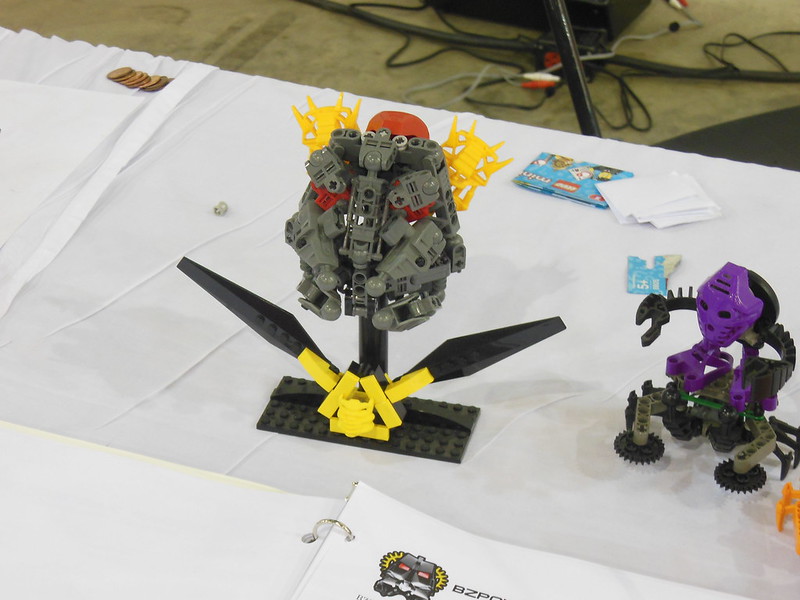 HEY BFA, WE DIDN'T SCREW IT UP THIS TIME 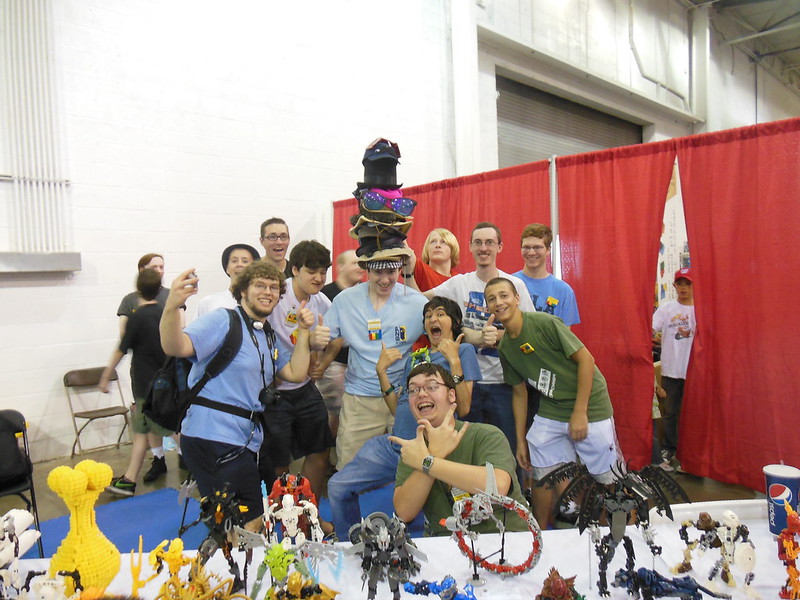 On the last day, the King of All Hatpiles was created. I'm not sure how many I was balancing, but it was awesome. 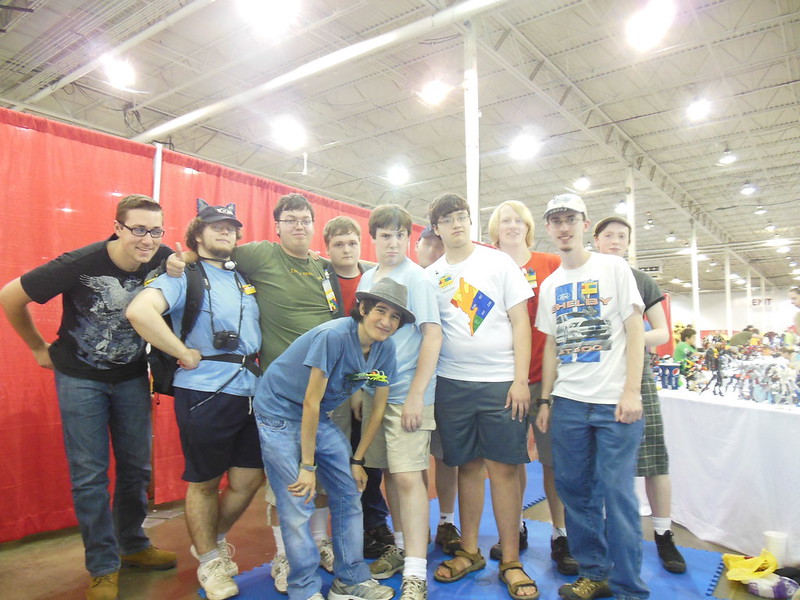 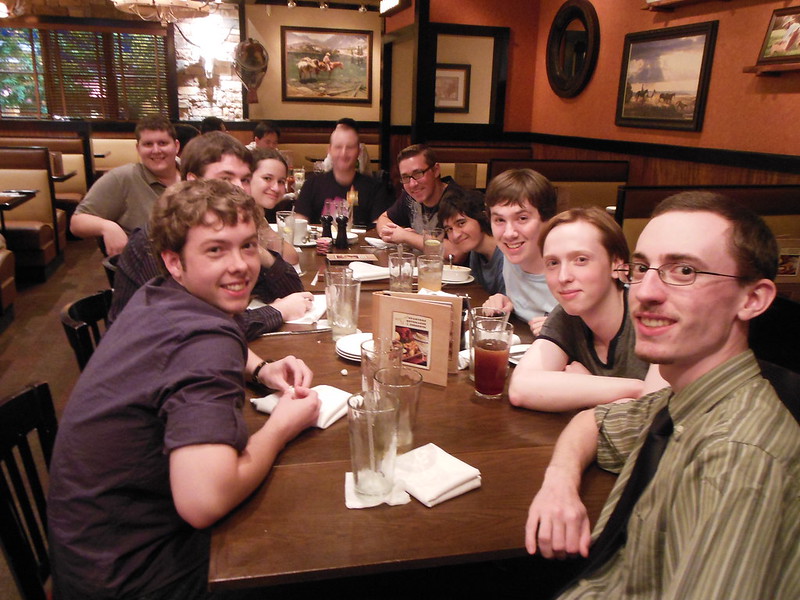 Dinner at Longhorn Steakhouse. We tried in vain to get a good group shot but none of them really turned out. In this one, Avohkah Tamer is a blur and only half of Spink's head can be seen. 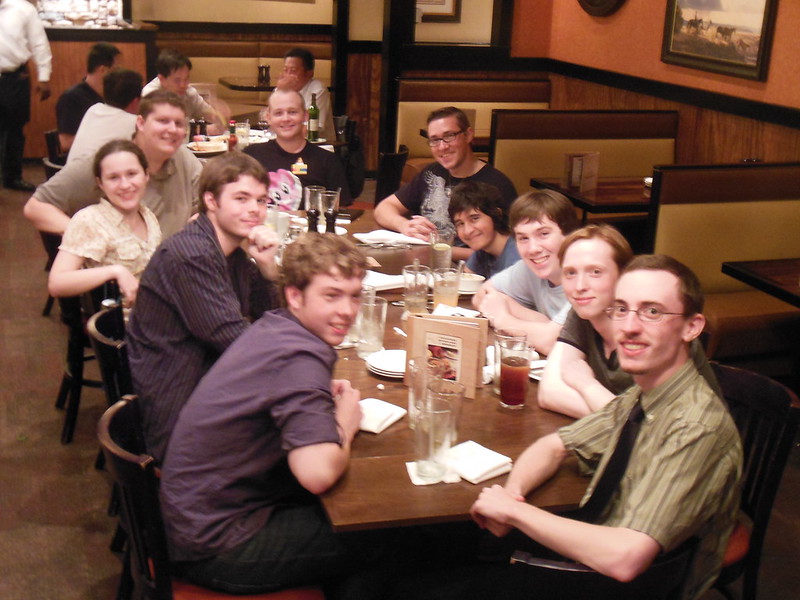 In this one, everyone's a tad blurry and Sisen is staring at something that is most definitely not the camera. Also, Spink is pulling the Steve Jobs face. 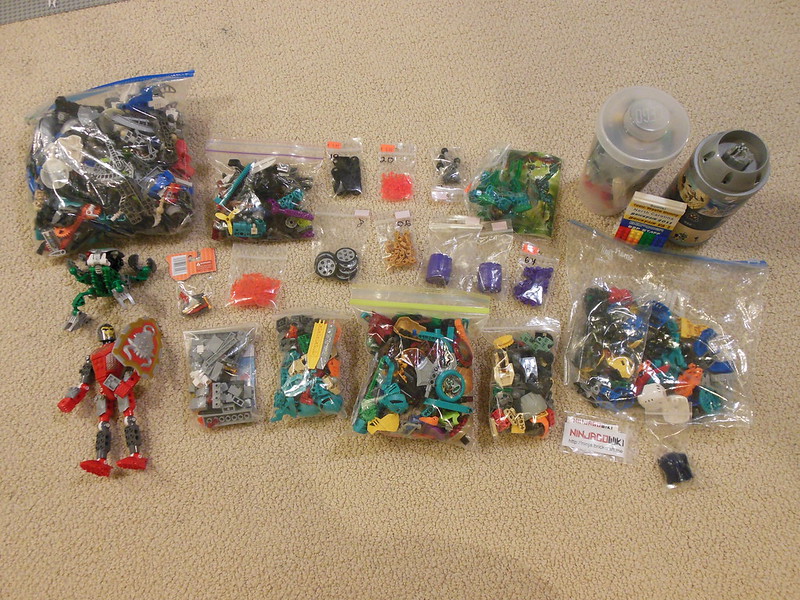 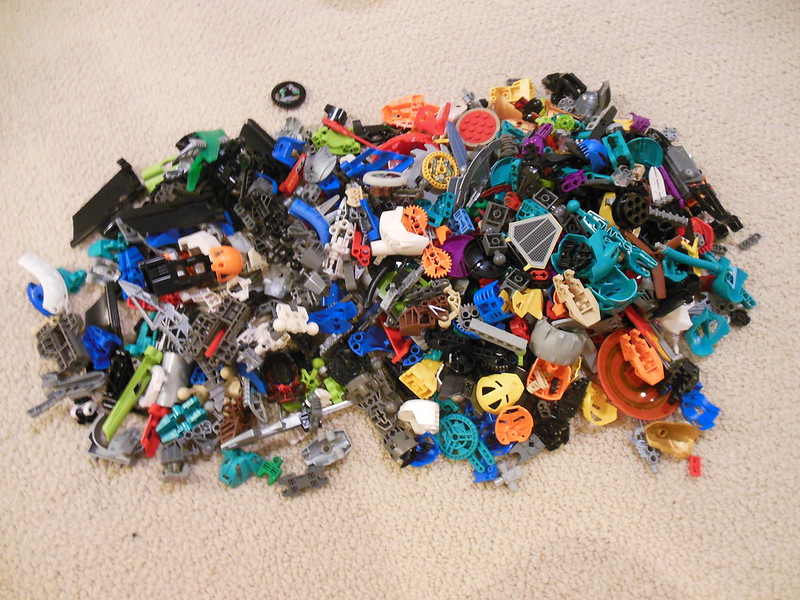 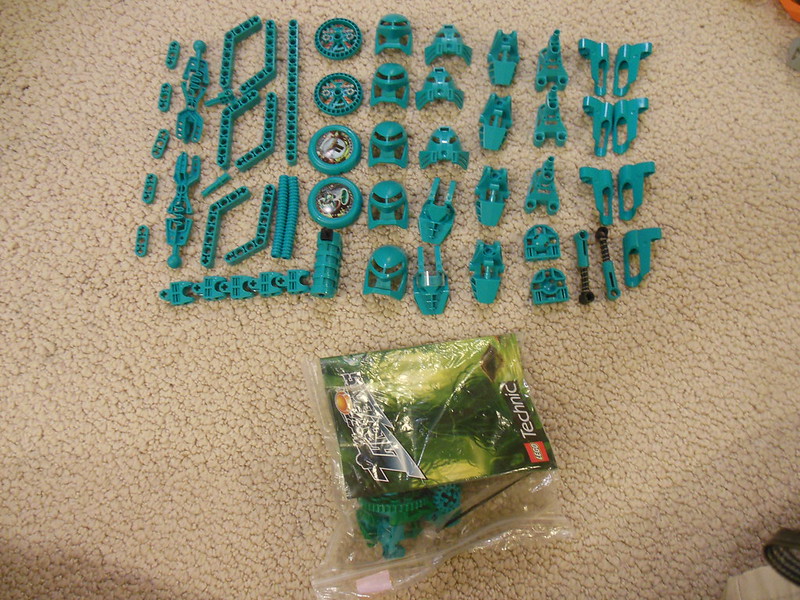 All of the teal. ALL OF IT.