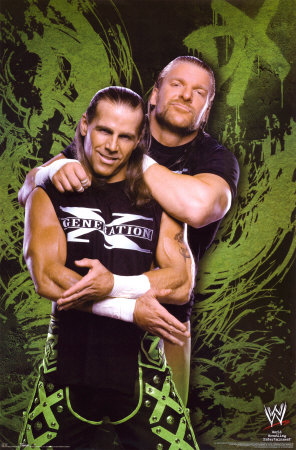 Two bros who pushed the envelope and changed BZP forever. Two men who played the game, broke all the rules, and still managed to come out on top. Two bros who bromance transcended to scandalously homoerotic levels, and while we will always claim to be nothing more than brothers you'll always wonder if there isn't something more to it.

Two men who still command respect when they post, not only for their rank but also their prestigious contributions to the forums. We pushed the envelopes. We toed the line. For better or worse, we've left our mark on BZP. While we'll always claim the other as the better half of the combination, together we're too potent to ignore. Corey, the most ELECTRIFYING WOMAN IN BLOGGING ENTERTAINMENT. Gato, the most... IDK. I've never done anything compared to him, but my over inflated ego demands that I be recognized as amazing.

The point is, we're both amazing, but Corey moreso than I.