The fire that was threatening my local area is mostly contained. Actually it has been for two weeks or so. Evacuation orders are probably almost entirely lifted by now except for some small area. So that's mostly good. It did not come without losses for many people, though.

But it's California, and we're a box of matches when it comes down to it. Hotspot detection satellites are lighting up the state like a Christmas tree. That's why even though we (folks in my area) aren't being immediately threatened by fires, we're still breathing near toxic air, ash is falling down like a light sprinkle of snow, and everything looks like Las Vegas from Blade Runner 2049 (which, not fun fact, the look was inspired by this very phenomenon). And many, many people are still being threatened by fires.

And we aren't even in fire season yet. October is when we start to see stronger winds, when things can get really bad. But, then, at this rate, what will be left to burn?

What a miserable end of summer. 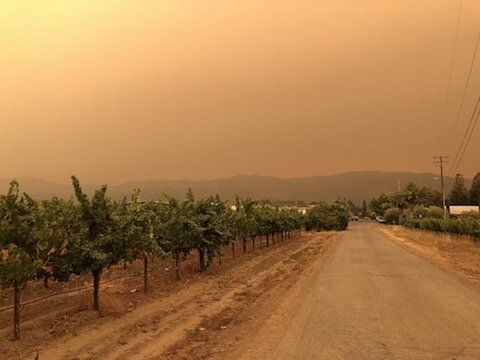