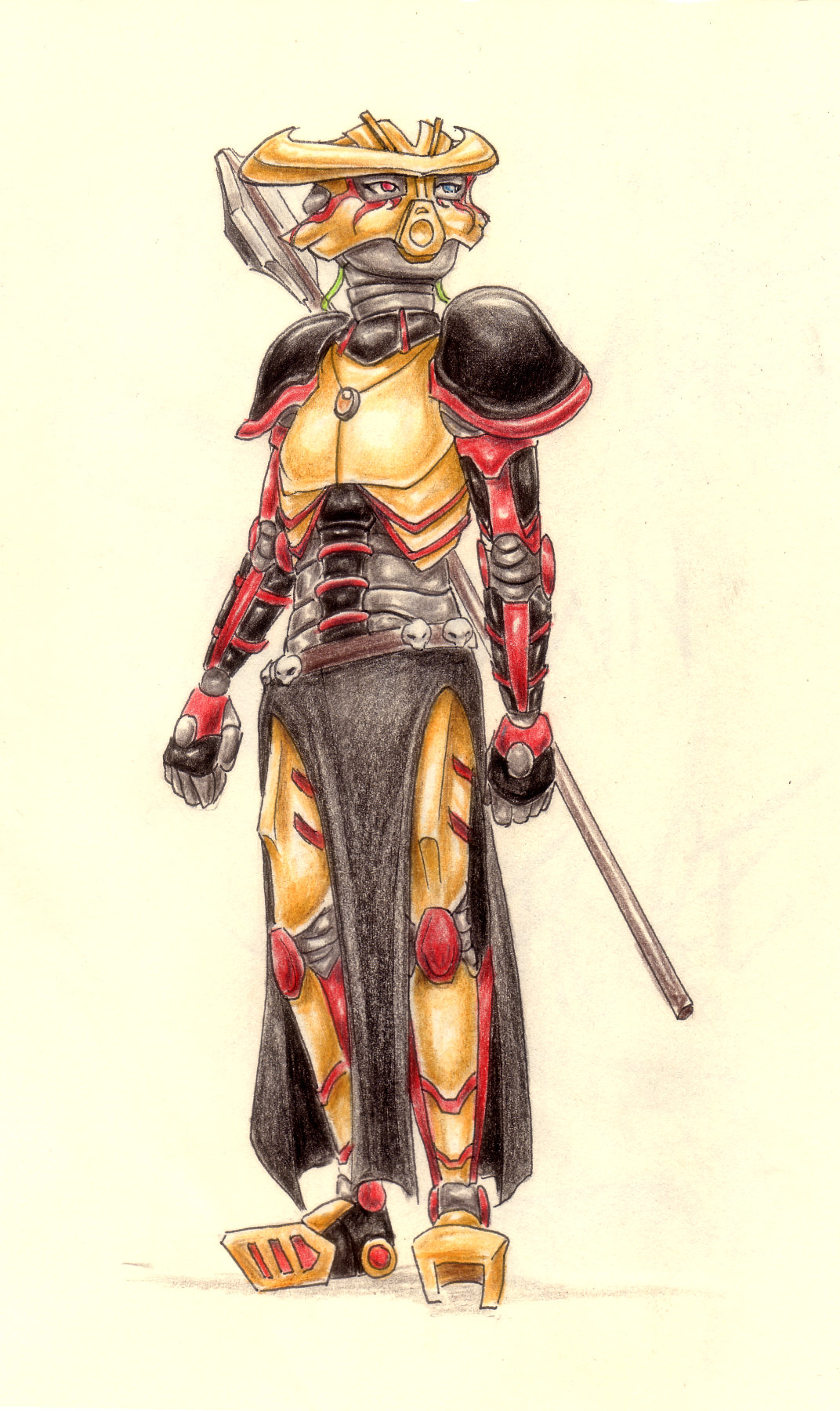 Long story short, I was recently reminded of the Clockwork Night game over in G&T ages ago, and realized that the character I played there had the same name as my usual OC/BZP namesake, if you will. And was an Agori/Protector - and that I'd never drawn her, so hey, why not redesign my 13-year-old OC again. So that's what I did, gleefully ignoring that everyone was supposed to be from the Jungle region so I can stick to the old colour scheme, and here we are.

I did keep the skull belt, patterns under the eyes, heterochromia and Mata feet because rule of cool.

Honestly I might keep this iteration around for the next few years. It's something new, and I like it better than ye olde "Toa has been half corrupted by shadows but not really" concept.