I ordered some old Nuva/Krana polybags and Kanoka boxes a couple months ago, and they finally arrived this week! 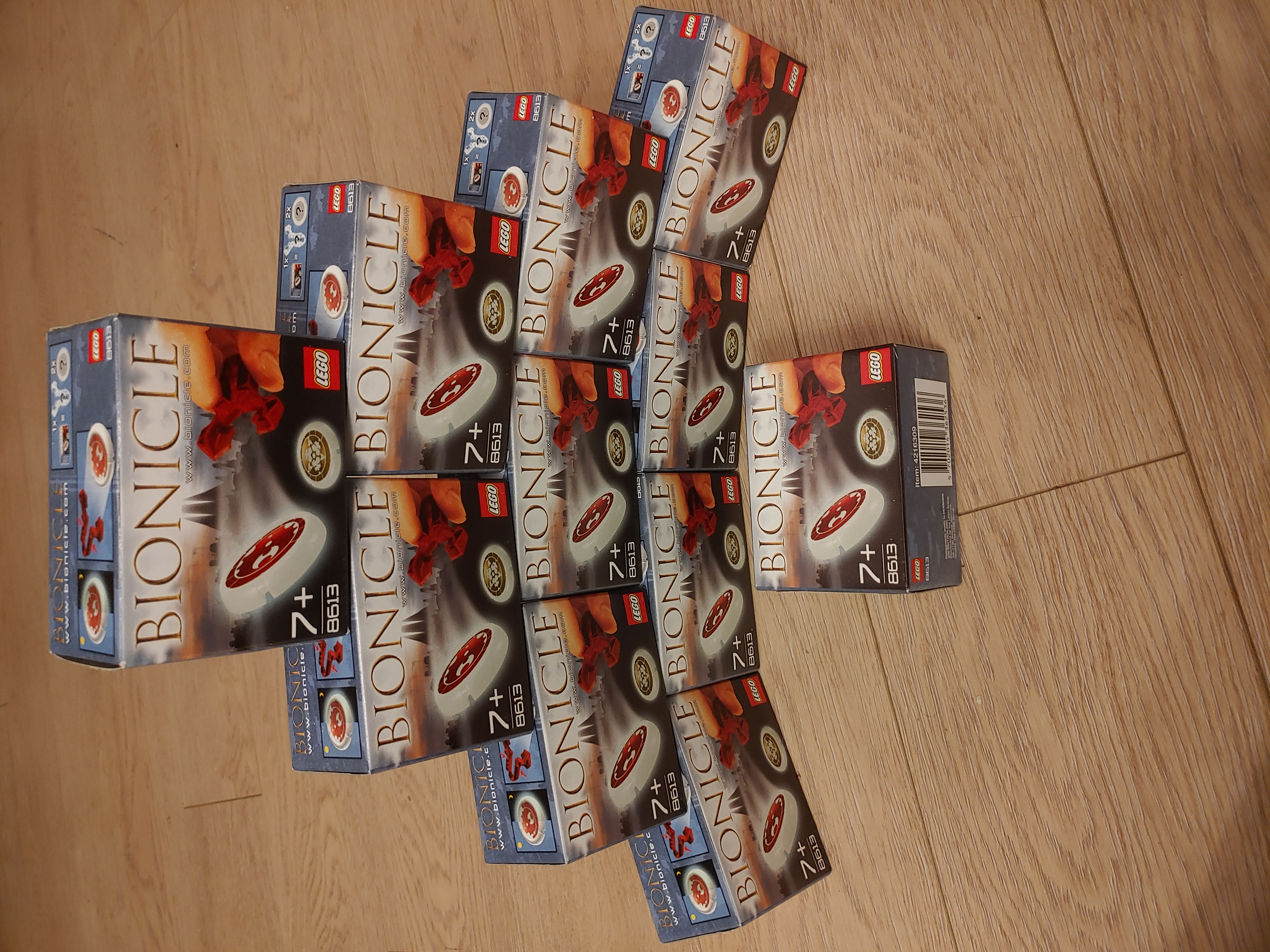 Just for fun, here are some stats about the Kanohi Nuva polybags (though 20 is probably not a statistically representative sample, so this might be utterly meaningless). The masks were clearly not distributed evenly throughout the polybags; some were rarer than others. Focusing only on shape, the Miru was the most common, with 12 appearing out of 20 polybags (40 masks), followed by the Kaukau, with nine. In six instances, a Miru and a Kaukau were packaged together, making this by far the most common combination. The two most common masks were the brown Miru and white Miru, with four of each. Rarest shape was the Kakama, with just three out of 40. For colours, red and brown were the most common, with ten of each. Rarest colour was black - just two out of 40, and both were Kaukau. Curious that LEGO would stop producing brown sets in 2006 because of low sales, but they chose to make it one of the most common Kanohi colours in 2002/3. Annoyingly, there were five set masks, three of which were the white Akaku. The other two were a red Hau and a blue Kaukau. There were zero Protodermic/silver masks, not even any silver Miru, so the reason for the abundance of that mask, compared with the other five (which are now quite valuable), remains a mystery.

I was surprised that these came with regular Krana, not Krana-Kal, but now that I think about it it makes sense: these polybags are from late 2002, but the Krana-Kal weren't released until early 2003 (the later boxed versions of these packs came with the Krana-Kal). All the purple Krana in these polybags were the lighter variant.

There was less repetition in the Kanoka, but I didn't bother to take detailed notes. I got no more than two of any given disk out of eleven boxes containing two disks each, and there were only two instances of duplicates - 265 and 654 (there were 36 different disks in these packs; the 16 that came in sets and other promotions did not come in the packs).

More cool stuff on the way!