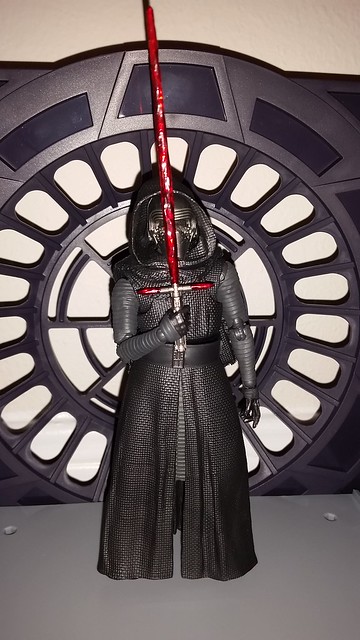 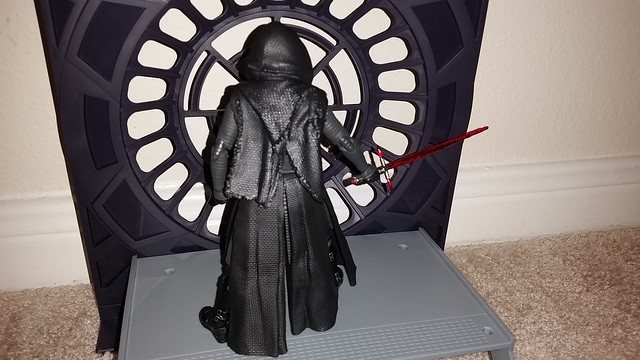 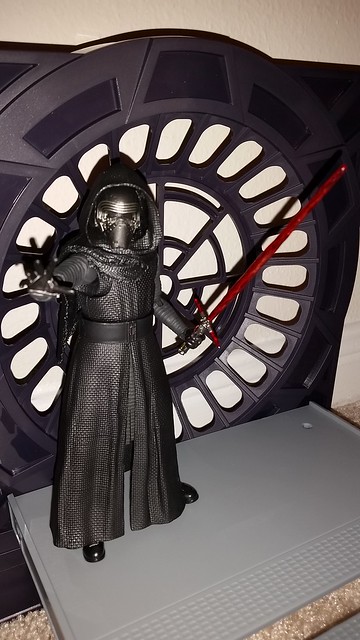 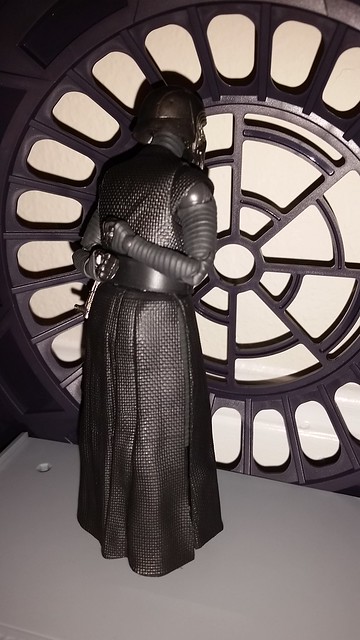 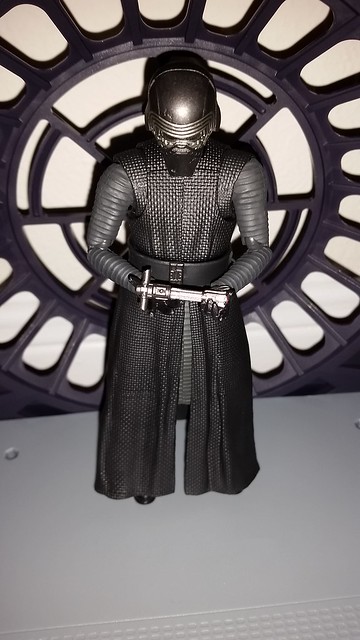 Until yesterday I'd say this was the best Toys Kylo Ren in this scale out there, but with the MAFEX revealed (and coming with a Driver head and melted Vader helmet..) I'm not too sure now. Though that's not coming out until the end of the year so for now it's still at the top in my opinion.

But yeah I love this guy. 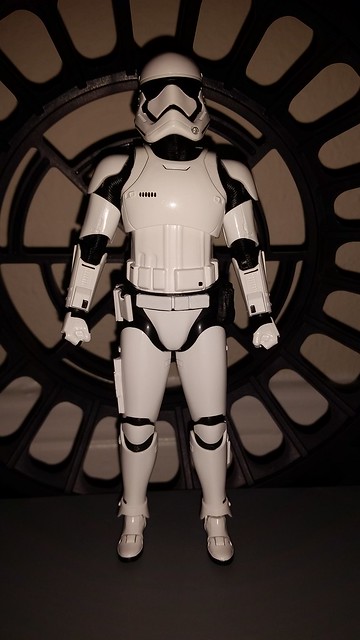 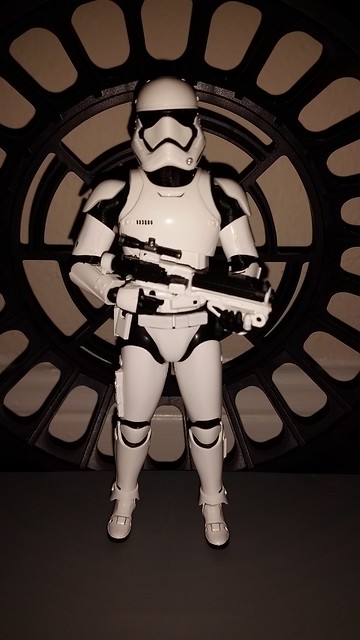 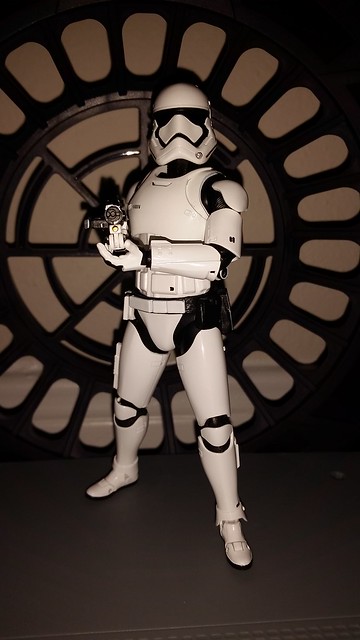 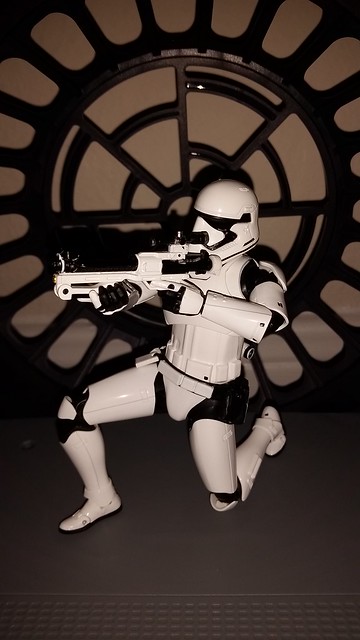 Probably should have removed the window before taking these, but didn't realize how funky they were turning out until I was done and at that point I didn't feel like doing it all over again heh. Yes I got lazy. Probably because it was the last of a large group I did that today.