How does the passing of elemental powers work? 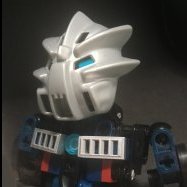 By UnderscoreChronix,
November 21, 2016 in Ninjago Discussion