Why Do You Still Hang Around? 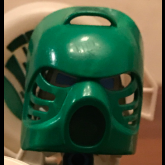 By Sybre
September 15, 2019 in General Discussion