What music genres would the Toa Nuva listen to? 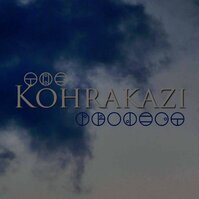 By the Kohrakazi project
February 13, 2020 in Bionicle Discussion