A Restless Freak in Paradise 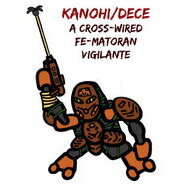