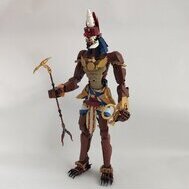 By BrickPharaoh,
February 1, 2021 in System-Based Creations