sheercuriosity How Did You Choose Your Username? 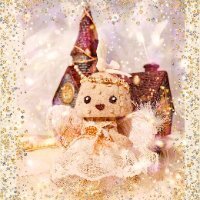 By Mushy the Mushroom
September 2, 2021 in General Discussion