The Speed of the Kanohi Kakama 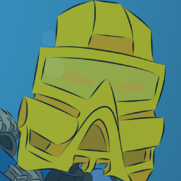