Making a MNOG Without Flash: Would it be Possible? 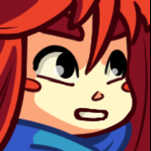 By That Matoran with a Vahi,
December 21, 2021 in Bionicle Discussion