The Sanctum of Writing 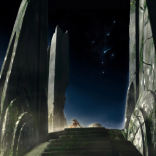