The Legend Of Mata Zuto: Fall Of The Conqueror 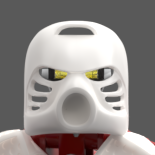