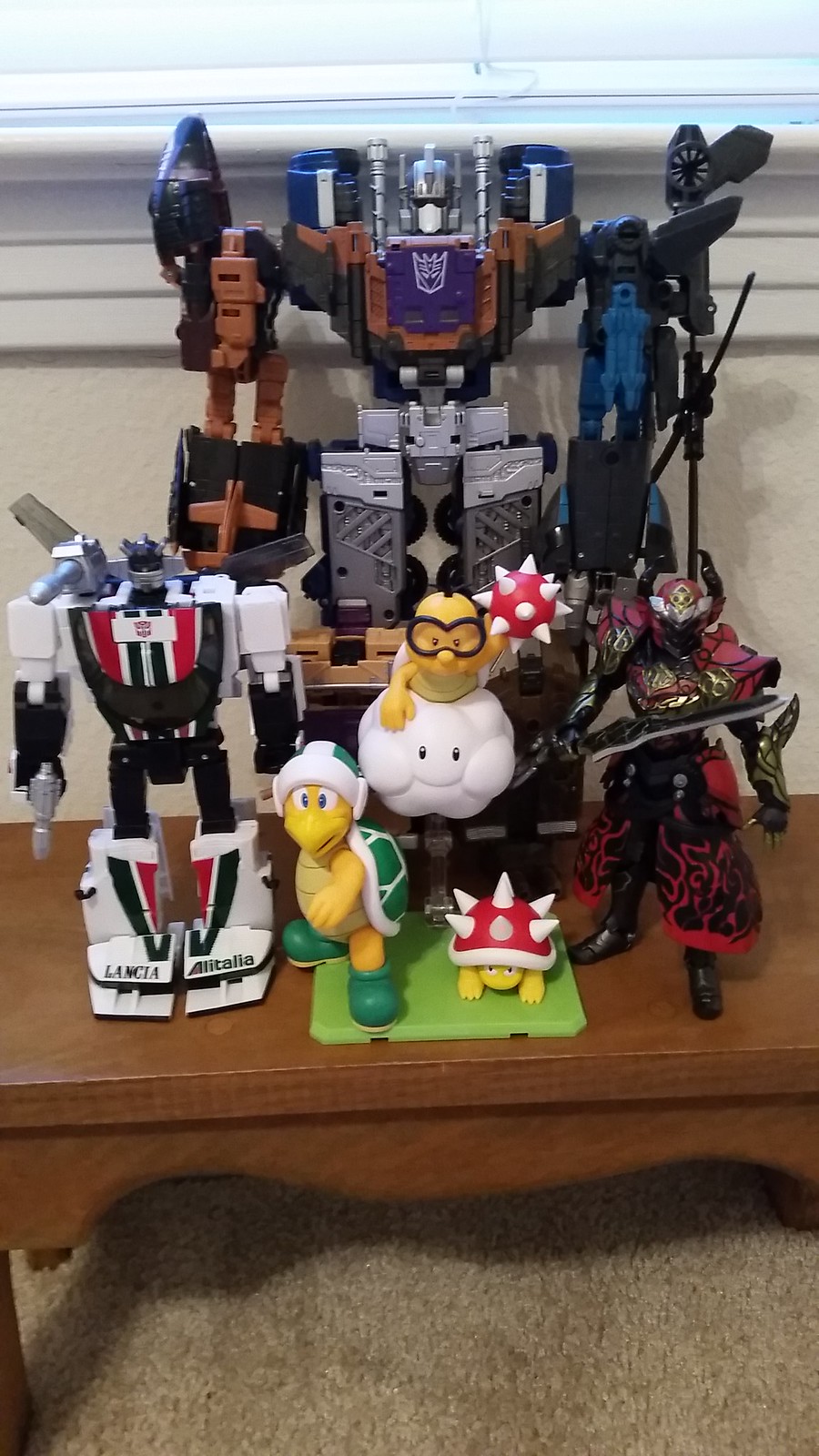 More Mario enemies. Meh. Wish they weren't static, there's really no excuse for it. Yet still somehow better than the Bowser they released alongside of, which I'm just not getting unless at a huge discount. So terribly limited in articulation and too small, that one is... But anywho, at least this pack is all new enemies. Do hope we see more at SDCC this year and preferably an actual character.

Bow down to your lord and rightful ruler of Helheim, Baron! At long last my Gaim SHF collection is more or less complete! (Because I'd still totally take a Shin Zangetsu if cheap... hahahahaha...) I love him. Beautiful figure and rather well articulated. I have not a single complaint about him.

Bruticus is the big ticket item this month. I have very mixed feelings about him as a whole and the various components, but on the whole I'm pretty happy I sprung for the Takara version over the Hasbro. Shuttle Blast Off is cool (and since I'm getting the Takara Computron I'll have it twice yayyy). What is so very not cool was the shipping price for him. The exchange rate for the yen has worsened and couple that with postage going up in general in Japan, particularly EMS which I may have to cut back on using, and I and many others forked out over $50 to ship the big guy. That stung a bit and is certainly souring my opinion of him.

Much like Tracks before him, I got Wheeljack because he was cheap. He got reissued this month so I figured I might as well throw him in with my Bruticus order on AmiAmi because of their significant. He's alright. But does rank probably as my least favorite Masterpiece I own (really tied with Tracks), though still is an excellent figure.