So, I bought Pokemon Sword.  Due to having some open time in my schedule and the game ultimately being a bit short, I’ve already beaten the main story and the postgame episode.  I actually had a lot of fun.  The game may be riddled with problems, not the least of which being the cut of National Dex, but what it gets right it gets so right—heck, some of what it gets wrong manages to feel right, which appeals to my shounen battle anime heart.  I’m not here to spoil, just want to say I’d recommend giving SwSh a try if you’re on the fence.  Also, while I may not have Switch Online or an SD card to transfer screen shots, I fell in love with League Card customization and desperately wanted to share mine in some capacity, so: 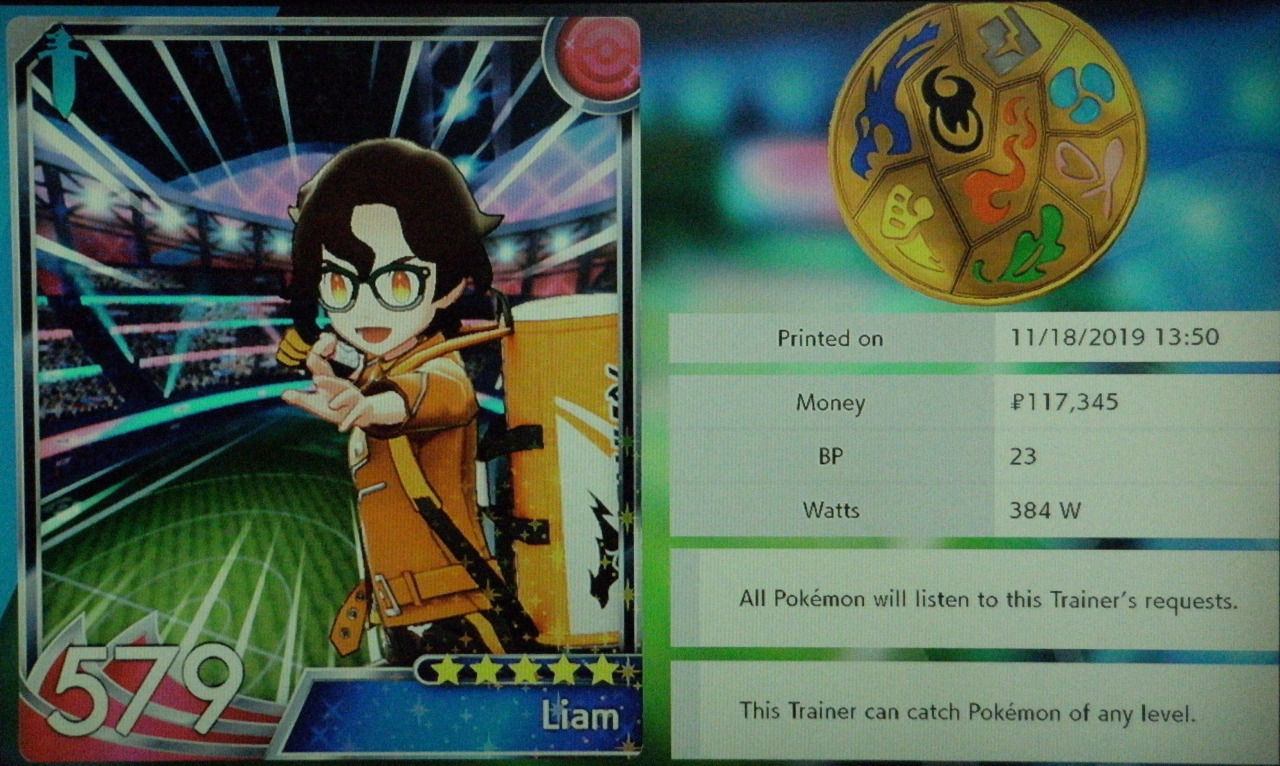 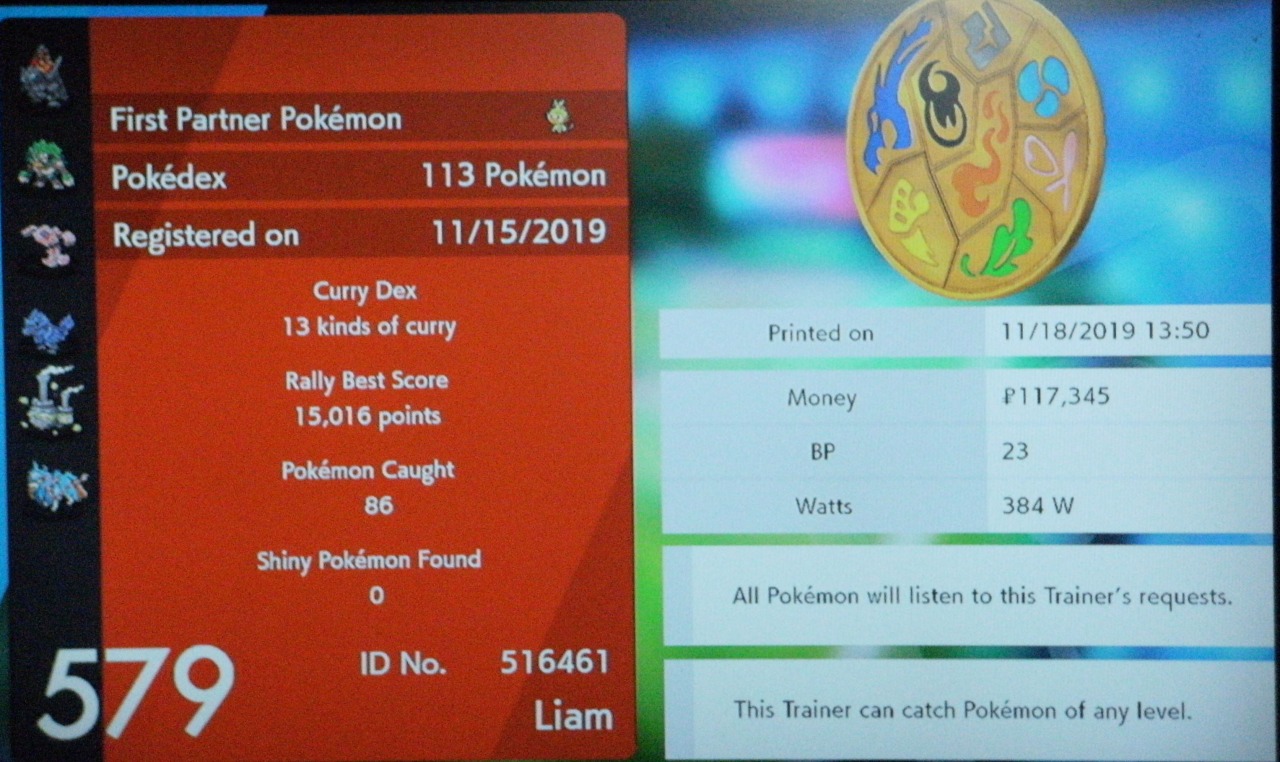 Pupil of Gym Leader Bea and new Champion of the Galar Region, Liam! (You can’t see it but I’m wearing the Champion shirt, plus my hair looks much cooler in-game I dunno why it looks weird here.)

-Zacian (in the post-game…)

Between this and my recent replays I think I want to revise my old region ranking.  Stay tuned for that!