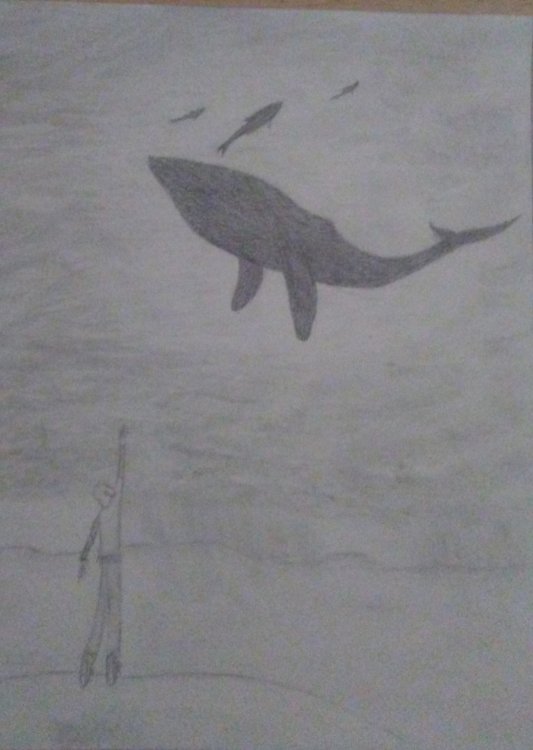 Art I made in 4 hours on August 24th. Inspired by an imaginative vision I had while listening to the Gojira album From Mars to Sirius. Art is two fold, just like the song Flying Whales, both incorporating it's fantasy subject of primordial-alien-space-whale-beings descending onto a partially terraformed Mars and teaching a man to fly and taking him to a planet in the Sirius system, as well as the other side of all of Earth's surface being underwater and the whales swimming above the ruins and it appearing that the whales are flying in the sky.

Sorry about the camera quality, it looks so much better IRL.

I was going to post a drawing before this, but I decided against uploading it here due to it's topic. You can see it here.