So this has been an ongoing side project for a friend at work, as aforementioned. It was pretty time consuming to transfer the information to blog format, so for those interested, I have a dropbox link to where I've uploaded lessons II through VI, for your convenience. Also I attached the combined PDF to the blog entry, but I'm not sure what that actually does? Hopefully, I'll be able to keep making these, as I've rather enjoyed it!

Overview of the lessons (again, I must reiterate the disclaimer that this is not by any means pedagogically sound, just meant to be informative and hopefully interesting)


Lesson 1 - (also found here, previous blog entry) basic syllable structure, introduction to tonal system and what Pinyin is. Lays out different types of Chinese characters and how to begin making sense of them.

Lesson 1.5 - Explanation of Radicals, collected from around the internet and various textbooks, and includes a list of the most common radicals and their forms as they show up in different characters. Can help one feel more comfortable looking at characters, hopefully being able to recognize different parts of otherwise unfamiliar symbols.

Bonus: small section on Chinese words in Avatar: the Last Airbender, from off the top of my head. Favorite is the Dai Li agents, which I actually didn't realize was a play on words at first. 带dài means to wear, as in, an article of clothing, and 笠lì is one of those pointed bamboo hats. Alternatively, 代理dàilǐ means 'to act on behalf of, serve as agent or proxy'. 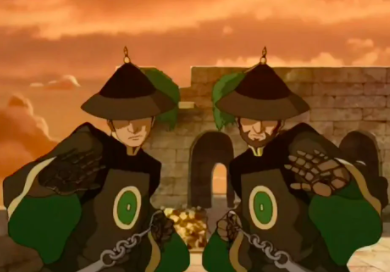 Lesson 2 - Goes over character stroke order basics (there is a proper stroke order, and while it's impossible to enforce one follow it, Chinese people will definitely judge you if you have bad stroke order XD source: was judged). Basic dialogue introduction and vocabulary to go with. Introductions, nationalities. Basic verb introduction and classifier introduction. Also introduction to numbers and saying when your birthday is, as numbers open up basically the entire calendar to you. This is the longest lesson.

Lesson 4 - family words, and there are a TON, and not all covered in the lesson. Family based dialogues and sentences, like "this is my mom/dad, this is my younger/older brother/sister." Also some holiday vocabulary.

Lesson 5 - More verb stuff. There's a review of how verbs in English work, and a comparison to how they work in Chinese. Kind of a more detailed repeat of the verb section from Lesson 2. Also affirmation/negation basics. (because there's not really one way to say 'yes' or 'no', it depends on the verb used)

Lesson 6 - a big list of the common verbs and question words, and example sentences and their translations to look over. The largest influx of new vocabulary is here, without huge explanations about that vocabulary (probably will expand on this in later lessons), but for the diligent, I hoped to provide some new words to pour over on their own initiative.

As a bonus here, this is the most complicated Chinese character - their version of 'antidisestablishmentarianism', so to speak - not used in everyday life and more of a fun language factoid than anything else. 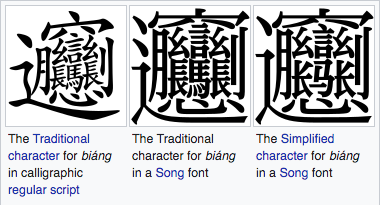 This is biáng, and it's a type of noodle. 'biángbiáng' noodle, is what I'm pretty sure they're called. So you'd have to write this baby twice XD From various internet sources (also Chinese teacher blogs) , it's that broad flat type of noodle, and the character is an onomatopoeia for the sound made by stretching/smacking the noodles, but also a visual pun because it's so tangled. The simplified version of the character has 42 strokes, the traditional version has 58. I have no desire to learn how to write this character. But, if you want to learn it, the good news is that you'll master a good chunk of other characters that biáng contains while you're at it.


How To Impress Your Sister with Chinese Parts 1-6.pdf