1st Ever Character: Fado Kooloo-Limpah, Gnomish Druid. Had a Camel named Molgera. At level two, died, then was resurrected through having his soul and body combined with that of a young red dragon. The party later killed him after the dragon took over his consciousness.

Other Previous Character: Eustace Trigmond, Human Ardent. Ardents are the Psionic equivalent of Clerics, but instead of being devoted to a god they're devoted to universal concepts. Having killed his father, Reic Trigmond, in a freak accident, Eustace was devoted to Murphy's law and constantly expounded on the futility of it all. As an Ardent ability, Eustace regained Power Points any time he critically failed at something. 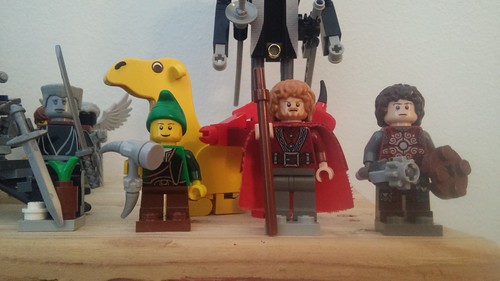