Jump to content
A subjective glimpse into happenings in the Silent Metru as the Civil War escalates.
(see more here)
Image courtesy of BS01. 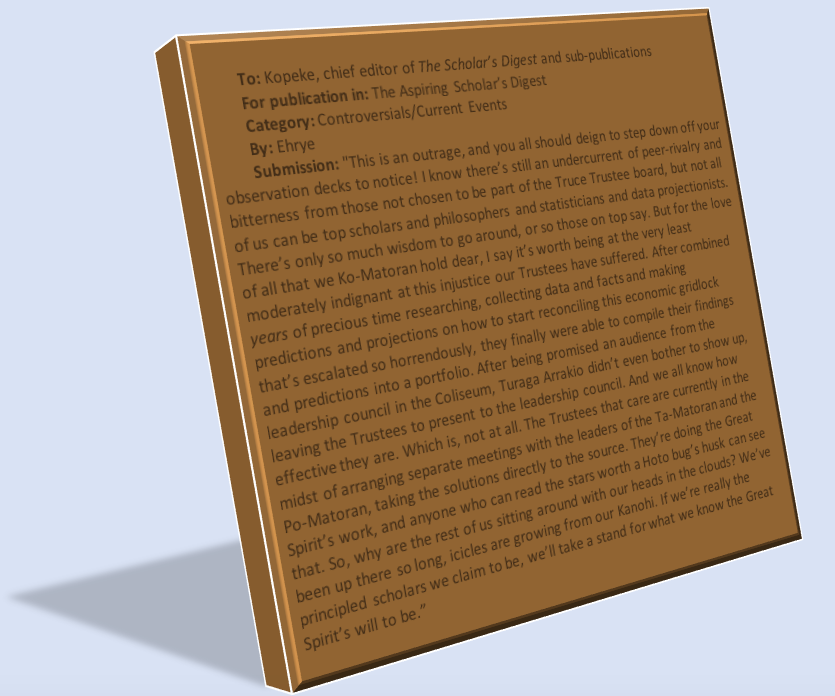 Kopeke sighed and placed the stone tablet with young Ehrye’s untidy scrawl onto the ‘reject’ stack on his desk. The excitable Ko-Matoran wrote almost as well as a Le-Matoran airship assembly worker who worked too long with the lighter-than-air gas that filled zeppelin buoyancy chambers. But Mata Nui bless Ehrye’s persistent heart. This was the fifth article he’d submitted this month. Normally, Kopeke’s editors wouldn’t have passed on a submission this unprofessional and speculative on to his desk, but he suspected that they pitied poor Ehrye. Kopeke pushed aside worry that his editors were going soft on him, and began scanning the next tablet. Still Kopeke's mind was half-stuck on a semblance of a good point Ehrye had made. Perhaps he'd pass the submission on to the tabloids.
Share
Followers 0