I've gotten back into Lego recently. I had forgotten - along with what an incredible strain on one's bank account this hobby can be - how much fun this stuff is!

I was always interested in rare and unusual Bionicle sets and collectibles and have gotten a few things recently that fall into that category. I thought I'd post some pictures here of my more interesting new acquisitions. 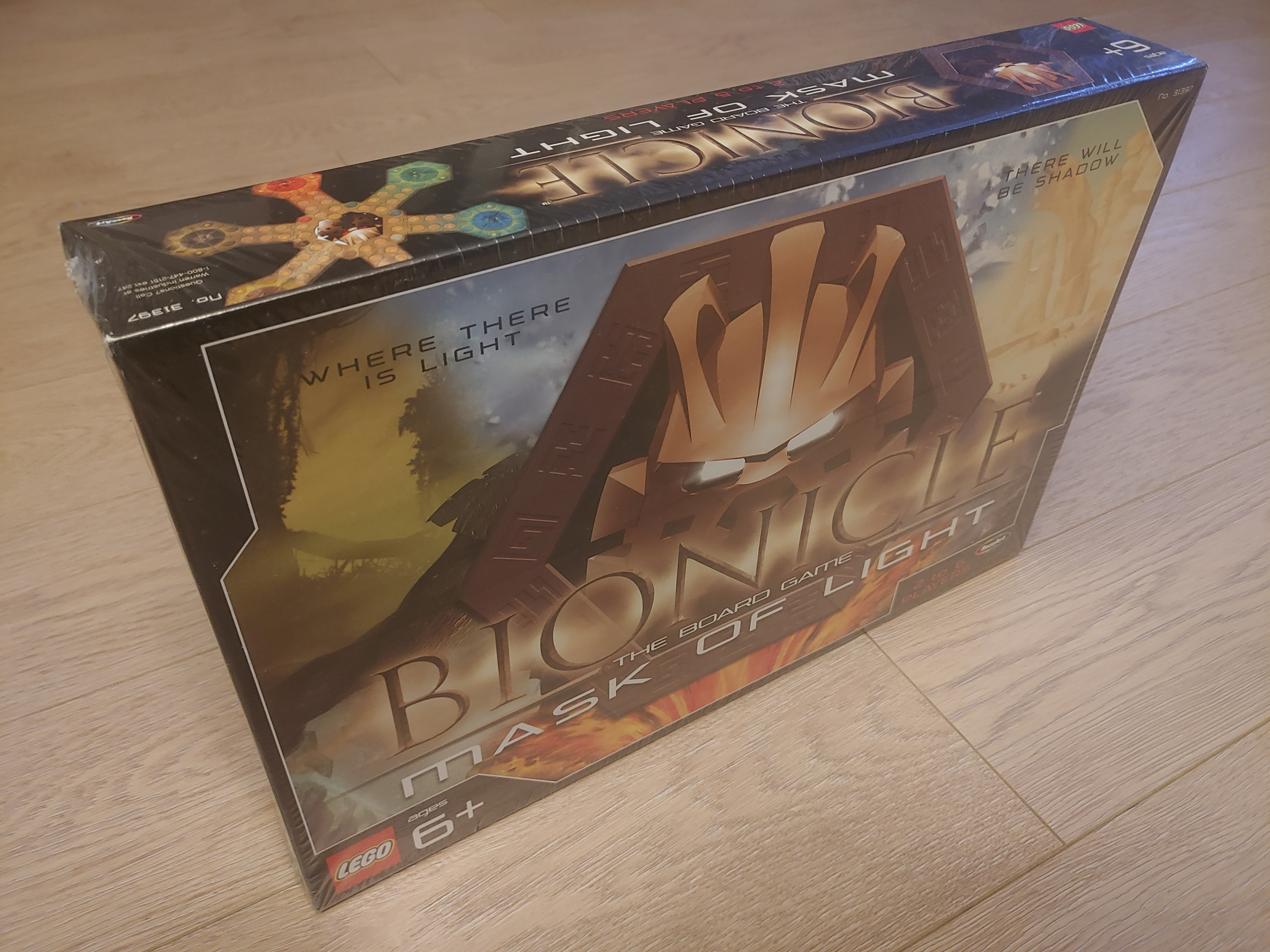 Still sealed, including the plastic wrap; here's the back. 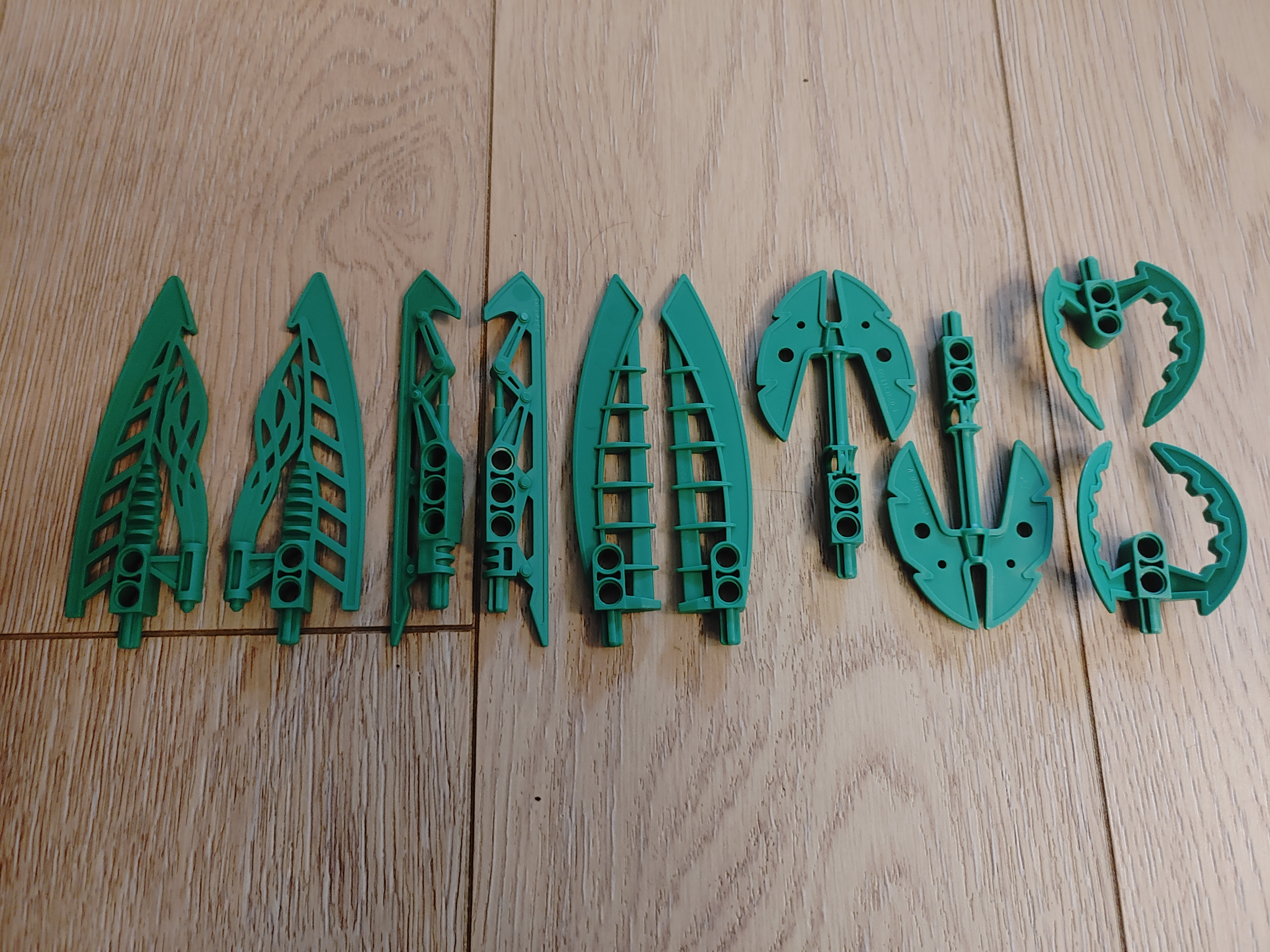 Green Nuva weapons, probably late-stage prototypes used to test the new moulds. These show up for sale on BrickLink every now and then. 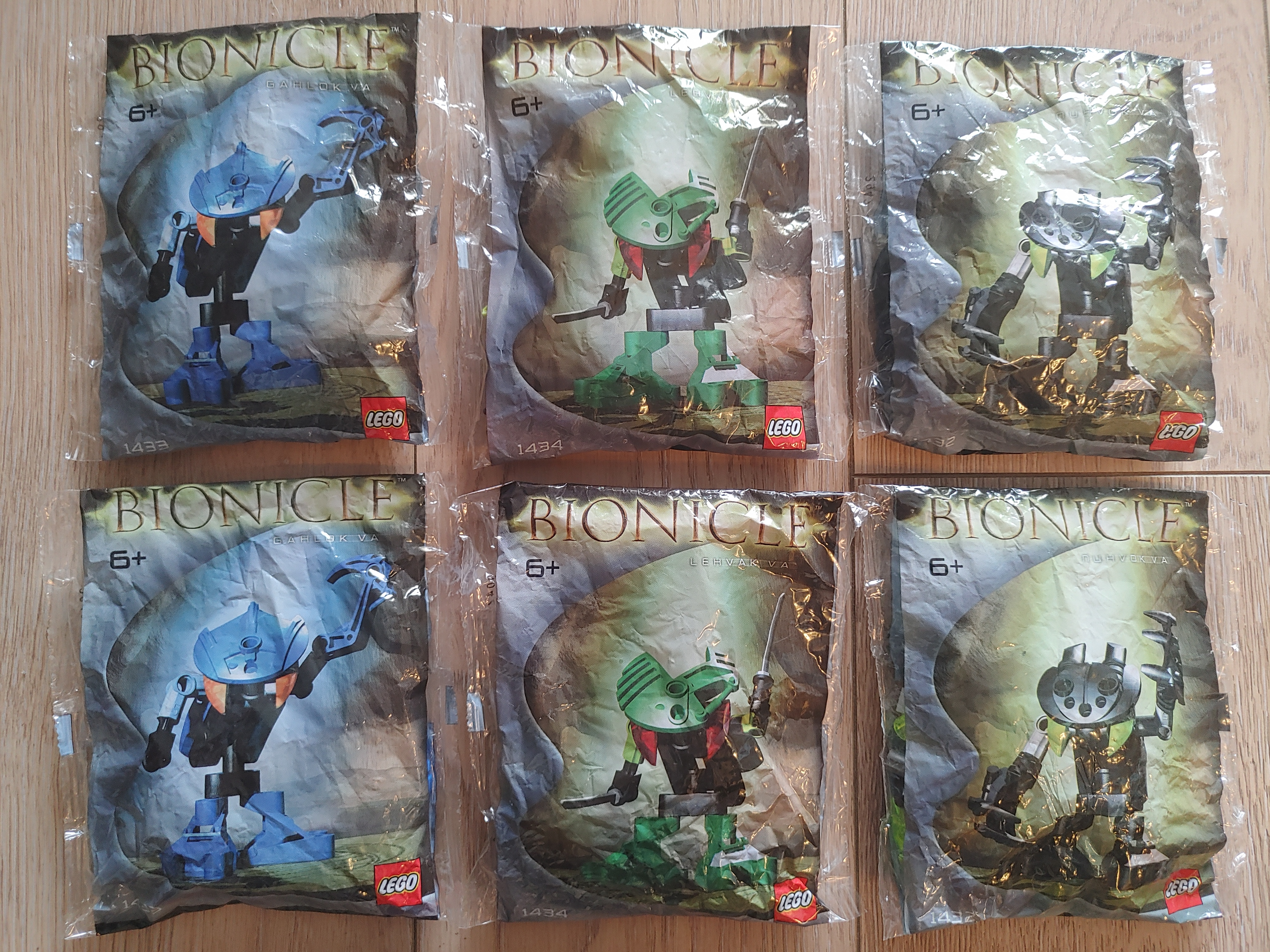 Bohrak Va polybags that seem to have been only available in Korea. I recently learned that these actually came in the boxed Kabaya sets, which were sold in both Korea and Japan.