It's that time again - a new campaign will be starting soon, over on the BZPGOT Discord! This time it's an all-new story, an all-new threat, with all-new locations... and featuring all-new characters! It's a new beginning, for a new generation: the EDGE OF DAWN.

If you sign up, your character might even get featured in a nice piece of cover art (or more!) - such as this cover piece done recently for us by none other than @Akaku: Master of Flight! 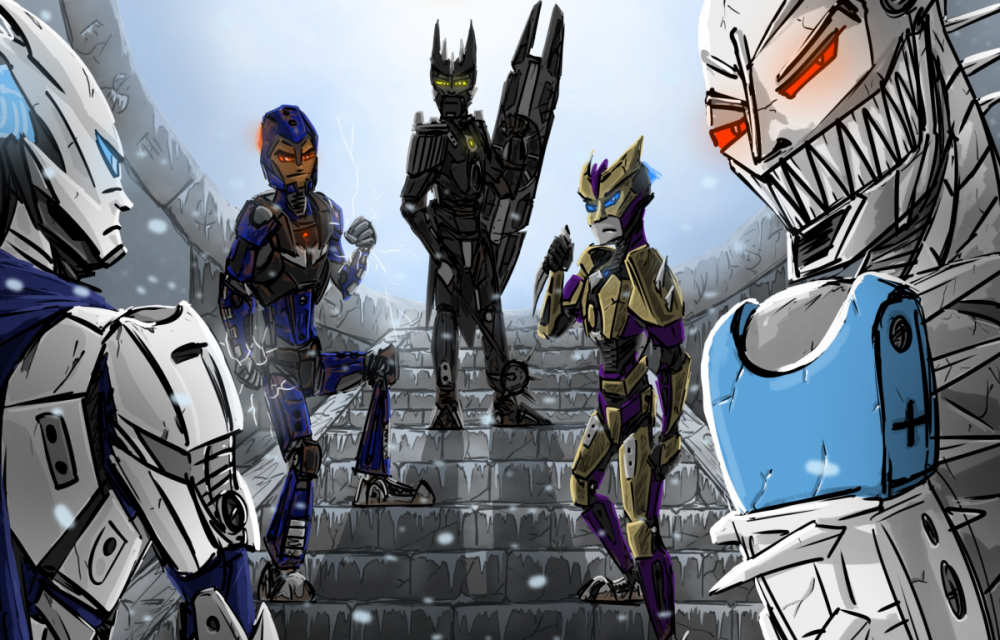 But what is EDGE OF DAWN? Well, if you've played any of BZPower's RPGs before, then you'll have some idea of what you might be able to expect. You'll select a role and create a character profile to fit it, before submitting it for approval. Then, when the game launches, you'll play that character as you explore the world and unravel the story.

EDGE OF DAWN is comprised of three campaign groups. All are students at an academy - but each group has their own story that they'll play through, with their own unique villains, locales, and obstacles. These groups are....

The Black Eagles will primarily be investigating the disappearance of their nation's ruler. These investigations might lead them into conflict with the Church - the organization in charge of the school - and will also lead them to unearth the remnants of the Iliad (a villainous group of old, who dedicated themselves to the idea of destroying death itself).

The Azure Serpents will primarily be investigating a series of strange occurrences surrounding the Temple of Time, as well as hunting down a villainous group who operate within the shadows of Okoto's society. This is a campaign likely to deal with the most "Player vs. Player" conflict, should that be your cup of tea.

The White Wolves will primarily be investigating "Spirit Ruptures" - tears in the fabric of reality that open into a world of pure magic. They must attempt to prevent or emerge victorious during a prophesied event known as "Ragnarok". This campaign will be themed around Norse Mythology.

So how do you join? Easy enough. If you already have Discord, shoot me a message and I can send you an invite to the Discord where this game will be played. Don't have Discord? Comment your interest here, and I'll send you a PM.

Interested in the roles that are available? Check THIS LINK HERE. Some spots have already been taken; but others are still available (for now!) Should we have too many signups, I am open to creating more character slots. If you have any other questions, feel free to ask.

When will the game begin? I intend for it to start in January; this is simply an "early bird" signup call, as it were.

And that's all for now - I hope we'll see you soon!