Just thought I'd give an update to the 3D Okoto project I shared the other day! I'll link the images in here to high-res versions.

The camera will start by looking down at the island, the way it appears in the Okoto map from bionicle.com: 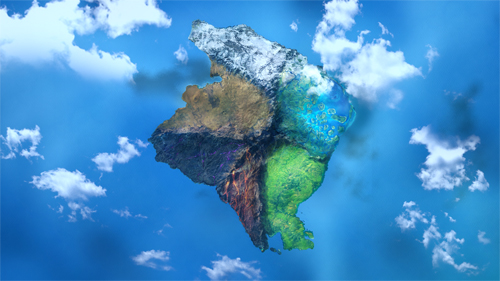 In the animation, those clouds are drifting toward the north-west.

Then, it will swoop down, past the clouds: 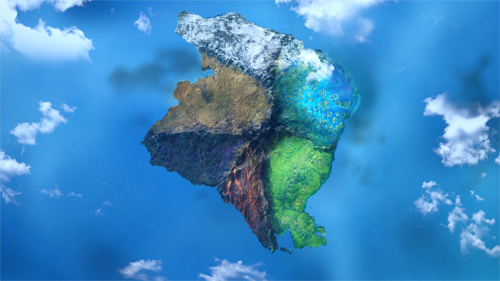 The difference between those two images is subtle, but it looks really cool to actually see the clouds spread apart as they fly by. They also have varying heights, which adds a lot of depth in the animation.

Then the camera evens out by the Region of Fire/Region of Earth, and starts panning around the side of the island: 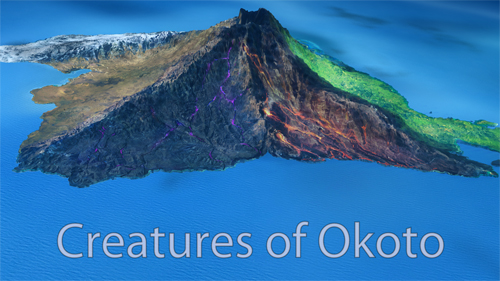 That's also where the title starts to fade in. These are frames directly from the animation, so they're not really glory shots... 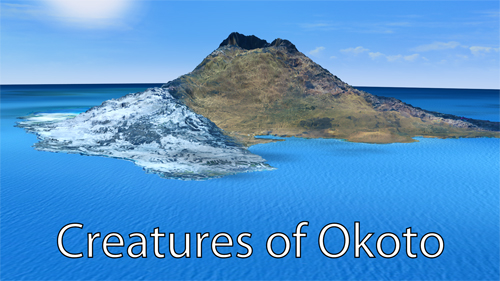 That's my least favorite angle of the island. Hopefully some mist in the snowy mountains makes it more interesting. You can also see the sun I painted; hopefully I can add a little lens flare effect as the volcano passes over the sun.

Then, the camera loops around and rises up to look at the Region of Water: 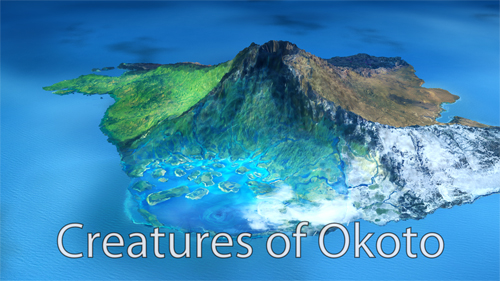 That's my favorite angle, despite the almost vertical rivers and huge white traces of a cloud.

I'll also have animations of the island between segments. So, after I've gone over all the wildlife combiners for the Region of Jungle, it'll zoom out of that region, and pan over to the next.

At this point I just want to touch up the colors and lighting, but I might add a few things, like smoke emitting from the volcano, mist in some of the mountains, and maybe specularity in the ocean.

All of the animations for the individual regions are completely finished. I really hope the new sets start appearing soon so I can start making some Creatures!