January marked my 4 year anniversary here at LEGO. It doesn't feel like that long at all. Everything is still awesome and so the list grows:

This one is very dear to me. When I was a kid, my family would often go skiing for the winter holidays and inevitably, I would try to build the snow groomers I saw out on the slopes once we got back home. So you can imagine the excitement when it was decided to have one in our 2019 great vehicles lineup. The design itself was straightforward, but it is always a challenge to make tracked vehicles that don't use the rubber treads for younger kids. We also decided to use the six stud shooter as a snow cannon, since we rarely get to use them in City and this was a good opportunity. I also got to use some brand new pieces for this one: Prominently the new upwards 1x1 brackets for the lights on the roof and out of sight the new Lego Movie 2 tire to help drive the tracks. 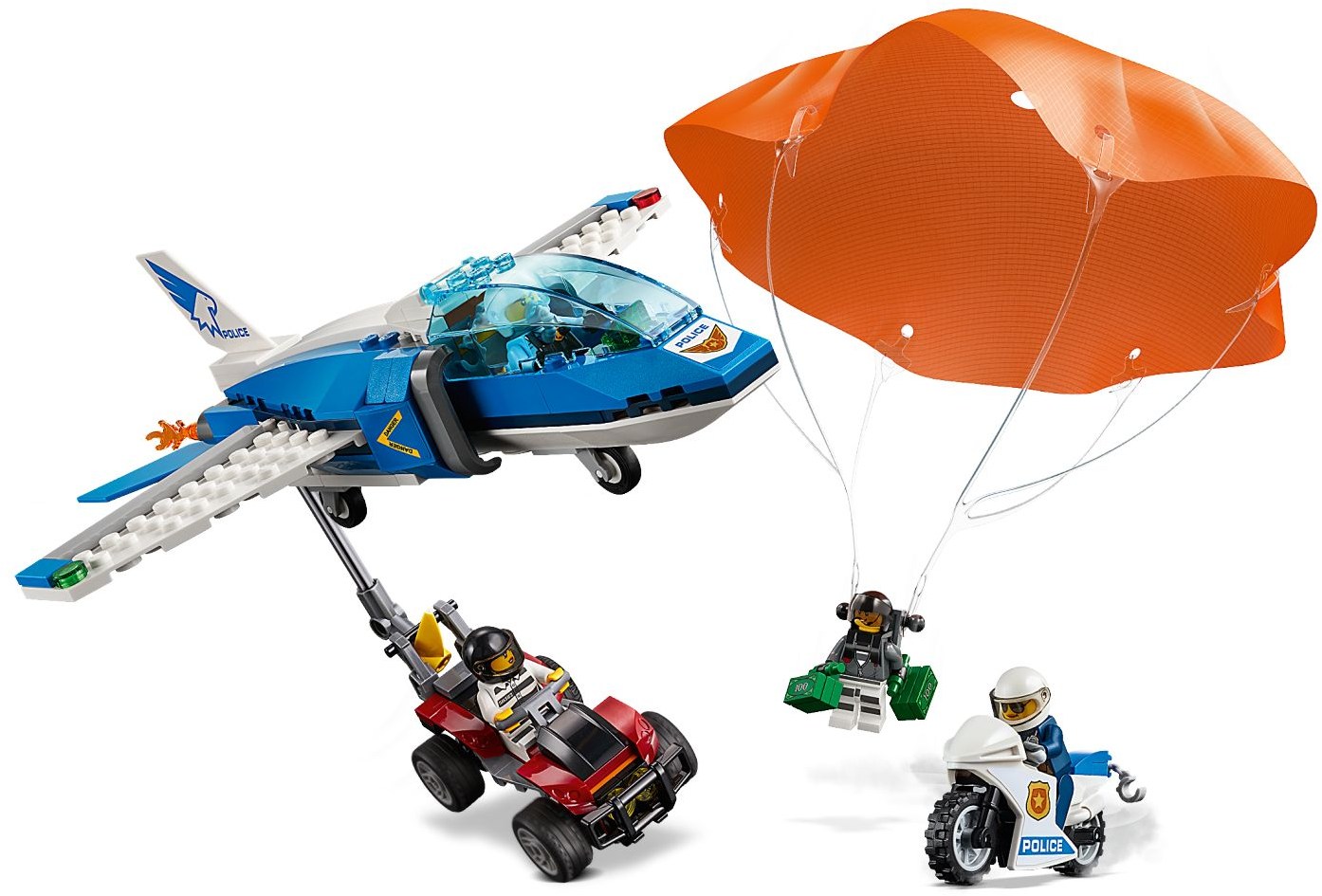 A police chase involving a fast jet? Sign me up! The brief was simple: Design a jet with the means to capture a crook trying to escape via parachute. Getting there was a bit more tricky. Some sort of hook was needed, but where to put it? How long does it need to be? Which shape should it have to make sure the parachute stays hooked once you catch it. And once you catch it, how do you make sure neither the model nor parachute gets damaged if it gets snagged on something like a door handle etc. How easy is it to play with in general? There was a lot of iterating needed. A police motorbike and ATV with room for both crooks round out the story. Added a bar to the back of the ATV so that can be caught via jet as well, just for good measure!

Summer 2018, the City explorer returned to the arctic. Considering how ridiculously hot that summer was here in Denmark, that's no surprise. And they found many things in the ice: Ancient frozen dragonflies, sabre-toothed cats and wooly mammoths. Problem is, how do you get them out of the ice - and once they're out: How do you get them back to the city? Designing this set was a lot of fun: using the new smilodon, making sure it and all the other small things could be loaded onto the cargo plane by gratuitous use of SNOT in the back and a new saw piece for the tracked vehicle. Speaking of tracks: The 3-wide technic ones are always a little tricky. They were designed to be driven by small gear wheels and often don't work to well on smooth surfaces. So it was time for a new approach: 61254 tires instead of using technic wheels to drive the tracks. This way, there is enough friction to ensure a smooth ride, even on smooth tables. The original idea came from back in 2015 when we were developing the volcano explorers, but it finally found a use here. It worked so well in fact, that my colleague in Star Wars used the same method on the 75217 Conveyex Transport. 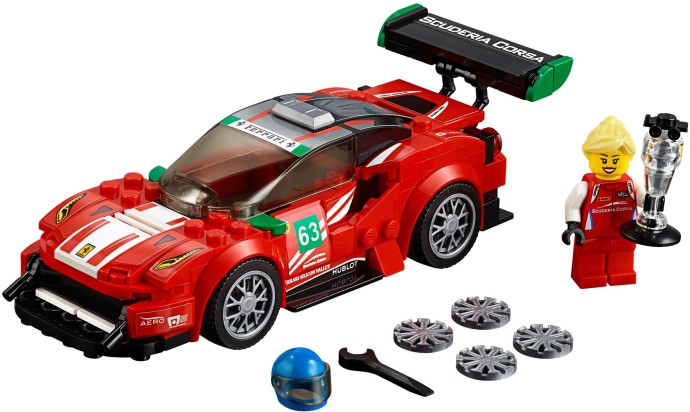 That's a mouthful of a name for a set but another fun one to work on. The big challenge as with every model of an actual car is to capture the icons. On the 488 there's quite a few, but the biggest one in terms of the build was the large air-intake above the rear wheels. Originally the intention was to have 1-plate thick gap and then use the new 35787 triangle tile, but then the 1x2 bows with cutout came along and as you can see the intake got a lot more prominent than a 1-plate gap. The trickiest bit on this one was actually the front bumper. It involves both sideways and upside down building and had to maintain enough ground clearance to not scrape the asphalt. What a drag that would be. My favorite small details would be the espresso machine head plates representing the support struts for the front diffusor and the 1x1 quarter tile used as rearview mirrors. We don't get to include those that often. A big shoutout to my colleague in the graphics design team who made the stickers line up really nicely on the final model.

I got the opportunity to help out Speed Champions with two sets for this year. This was a really exciting model to work on, since the actual car had not been revealed at the time yet, so we were among the first to get a look at it. The concept models for the 919 that we had built before were all based on previous years versions, but Porsche changed the design quite a bit for the new one, which brought about some challenges. The square road sign in combination with the new-ish 1x2 bow w. cutout recreate the aerodynamic shaping on the body. And using the classic doors and new wheel arches allowed me to build this one as low to the ground as possible. This wasn't the only Porsche I had my hands on in Speed Champions though, I helped to design the back of the 911 RSR in 75888 as well. Fun Trivia: The stickers originally had the number 1 printed on, but then Car #2 won the LeMans race, so we quickly went back in and changed it. 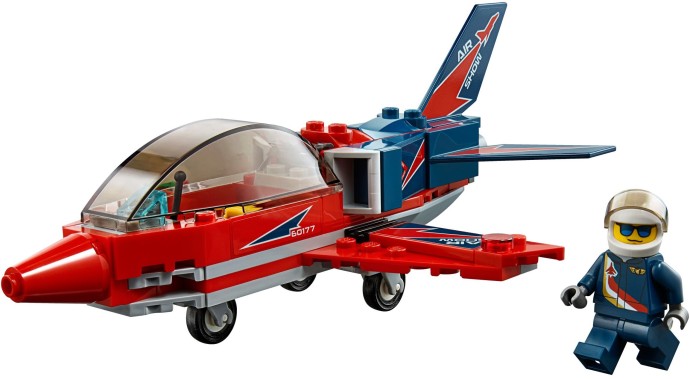 Kicking off 2018 with a fast little jet. Jets are cool. The longest discussions were actually about the color scheme and stickers. 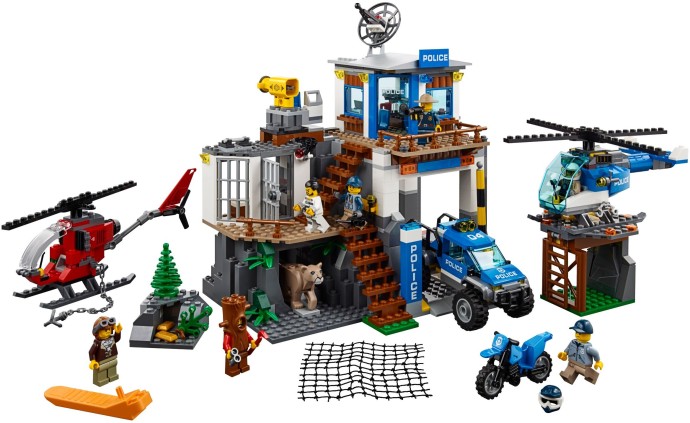 Building a police station is a bit of a rite of passage in City so I was very excited to get asked to do it only in my 2nd year. It's an important set in the lineup and it's pretty big and gets a lot of attention from marketing, so the team has a big interest in getting this one right. The general layout with the three levels of garage/prison/office was already decided when I started on the model. The big challenge lay in how to connect those three levels in a stable way without over-complicating the build. And yes, police is a theme we do frequently because - well, there tends to be a new generation of 5 year olds every couple of years. The fun part for this one was to mix it up a little bit - most obviously with the crooks helicopter. Some fun trivia: I chose the tail-fin of that helicopter because it was also featured in Onua Mistika some ten years ago. During development I came upon the issue of using a door-frame as a structural support in the back of the station - which left a pretty big hole from the garage leading directly to the cougar's cave. That's why there is a door now with a "keep out" sticker. The graphic designer also came up with an awesome little joke with the master crook having a framed picture of his pet piranha in the cell - the same fish that the police are holding in the small aquarium in their office. 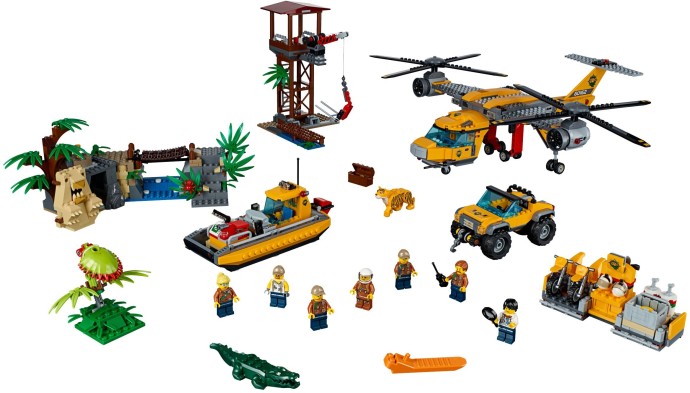 This technically isn't my set, since one of my colleagues was responsible for it, but in order to meet deadlines, we tag-teamed on this one. Obviously I only did the really cool stuff in this one: The tower with the crane and the jungle ruins. But that's what's great about working in a team: Everybody gets to suggest ideas, doesn't matter if you do graphics and have a good idea for a model or if you are a model designer with a good idea for a TV spot. Which also leads to everybody being able to have a little personal touch in the sets. Fun trivia about this one: We were never quite sure what the statue outside the cave was supposed to represent, so in the end it was dubbed "Bear-Hamster". 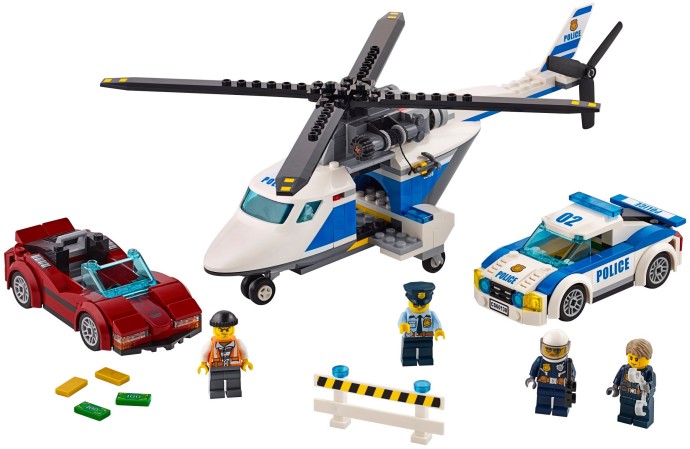 One of my favorites that I worked on so far. Building vehicles is fun, so to get to do three in one box was awesome! And it also marks the return of Chase McCain who's back on duty in LEGO City Undercover. 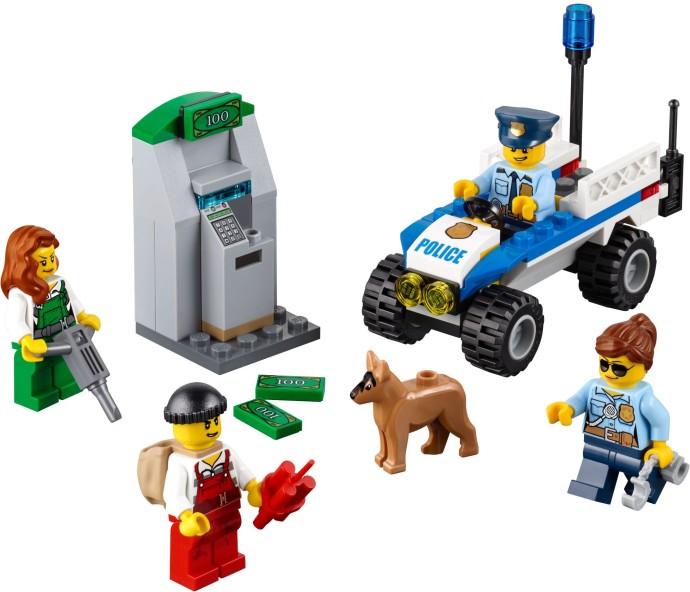 This wasn't originally my assignment but a change in the assortment happened and I was asked to take over. The idea behind the starter sets is to pack a lot of characters and story into a small box so it can be a good first set for younger kids. Very happy that the little police car could be big enough to fit both the dog or one of the captured crooks. One of my colleagues came up with the brilliant little exploding function for the ATM. 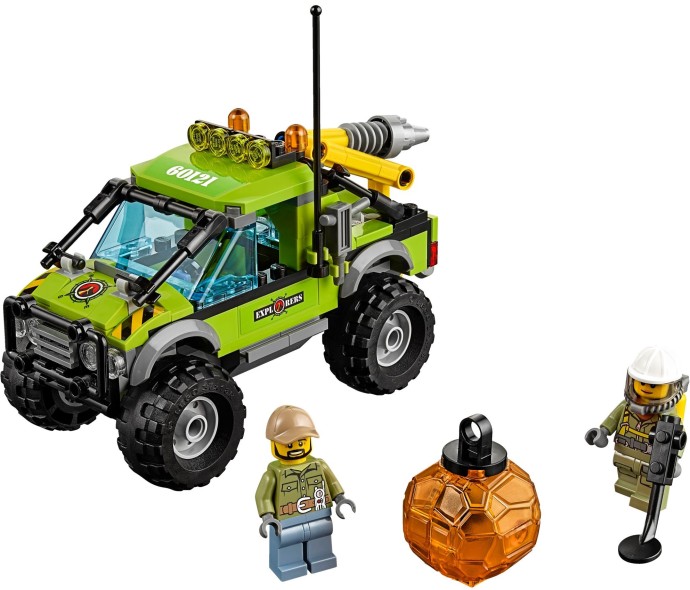 My first boxed set. It was super-exciting to play around with the then-new new bar connector pieces and bull bar on the front of the truck. The biggest challenge was to figure out the correct order of the build of the rollcage. 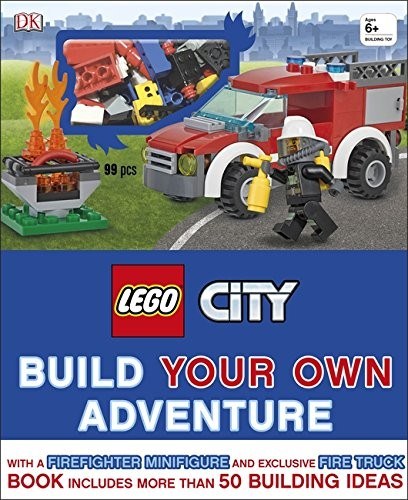 My first official model, though not in a box. My brief was a small firefighter's car and a scenario. This being the first model, I was surprised to find how much thought goes into something just this small. Probably had a dozen or so different variants lined up on my desk at one point of just the car. I keep some of them in a drawer still, as a reminder.